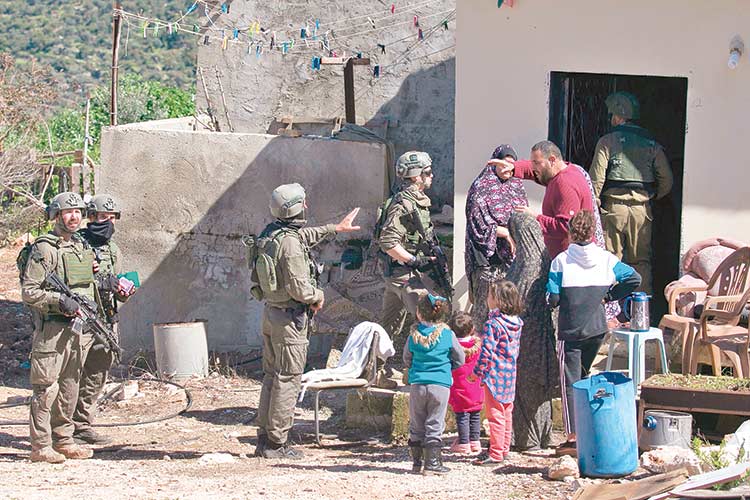 UNITED NATIONS: The head of the UN agency that helps 5.3 million Palestinian refugees on Monday urged donors who filled a $446 million hole in its budget last year after the Trump administration drastically cut the US contribution to be equally generous this year.

“Last year we had an extraordinary crisis and an out of the ordinary response,” Pierre Krahenbuhl said in an interview with The Associated Press.

“Our humble request to all the donors is: Please keep your funding levels at the same level as 2018.”

He said he has been thanking donors for their “exceptional” contributions that enabled the UN Relief and Works Agency to fund its entire 2018 budget of $1.2 billion.

Krahenbuhl said the agency, known as UNRWA, also adopted a $1.2 billion budget for 2019, and this year it is getting nothing from the United States.

Krahenbuhl said the campaign that UNRWA launched immediately after the US slashed its contribution succeeded as a result of “very important donations,” starting with the European Union, which became the agency’s biggest donor.

“Countries that supported us last year I would say were extremely proud to contribute to the solution,” Krahenbuhl said.

Last year, he said, the number of multi-year funding agreements with donors rose to 19.

So UNRWA right now is in “a somewhat better position” than it was last year, with a shortfall of just over $200 million, Krahenbuhl said.

So far this year, the agency has received $245 million and is expecting $100 million more, he said, which means it should be financially OK until about May.

“But from then on we’ll start to reach some crisis points,” Krahenbuhl said.

He said UNRWA is thinking about holding some events in the next two or three months “to collectively mobilise the donor community.”

In June, he said, there will be a pledging conference at which the UN and donors will take stock of the agency’s financial situation.

Krahenbuhl said he is committed to making up for the $60 million that UNRWA is losing from the United States this year through internal cost saving measures to reduce the agency’s expenditures.