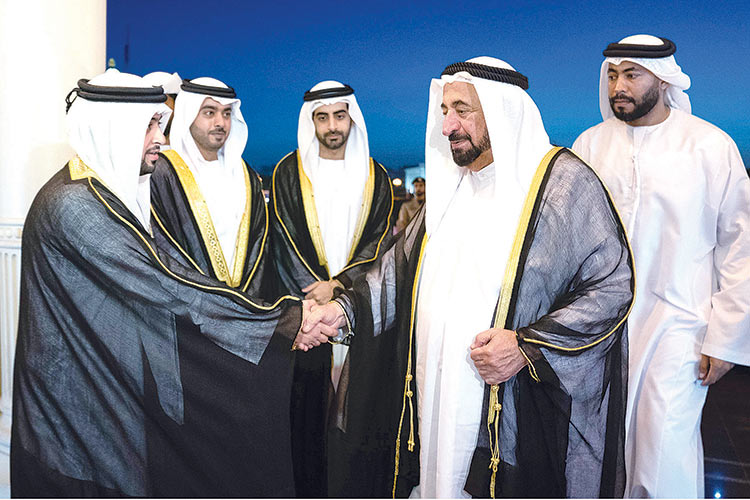 His Highness Dr Sheikh Sultan Bin Mohammed Al Qasimi, Supreme Council Member and Ruler of Sharjah, will witness the opening of the International Government Communication Forum (IGCF) in its 8th edition today at Expo Centre Sharjah. The forum is set to assert that the responsibility of overcoming developmental challenges does not solely lie with governments anymore, it is now a shared responsibility with citizens and its strategic partners, particularly the media. Themed ‘Behavioural Change Towards Human Development’, the high-profile two-day global summit will shed light on the main challenges and issues in the field of government communication, while motivating individuals to play a key role in the development process.

The Forum’s new features this year include the launch of a new behavioural change e-game platform, titled ‘Sharjah 2071’ in collaboration with Sharjah’s Department of e-Government and ‘Sharjah Children.’This will happen alongside a special SGMB release themed ‘Government Communication…Practices and Studies.’ The event will also see several interactive platforms, one for the ‘Sheikh Sultan Award for Celebrating the Spirit of Youth’, and the other includes a researcher platform with several features that will shed light on youth challenges in innovation.”

IGCF 2019 will also be showcasing an Expo 2020 Dubai platform, which will unveil the ’50 Years of Expo’ exhibition to encapsulate the UAE’s engagement with world expos since 1970 until now. They will also be hosting an interactive session to highlight how they are in the process of hiring 30,000 young volunteers to help deliver a successful Expo 2020. The 2nd Sharjah Youth Forum will be hosted in collaboration with Sharjah Youth Council. The Sharjah Press Club with be at the venue with interesting social experiments, along with other interesting things on offer.

The Ruler of Sharjah also honoured the “Al Tawq wal Eswirah” play, winner of the Dr. Sheikh Sultan bin Muhammad Al Qasimi Award for Best Arab Theatrical Performance for the year 2018. The award was received by Nasser Abdel Mon’em, director of the play.

Sheikh Sultan and the audience watched a film which displayed the most prominent stations of the artistic career of the two honourees.

The Sharjah Theatre Days’ shows will continue to run daily until the closing ceremony on March 27, with shows displayed at the Culture Palace and the Sharjah Institute of Theatrical Arts.

Launched in 1984, this annual event brings together local and Arabic theatre groups to compete for the Sharjah Award for Arab Theatrical Creativity.  The Sharjah Theatre Days welcomes as well theatrical experts from various Arab and international countries to attend the performances and participate in practical and intellectual seminars, conferences, and open discussions. The festival also hosts an international performance to strengthen the communication between Arabic and international theatre.