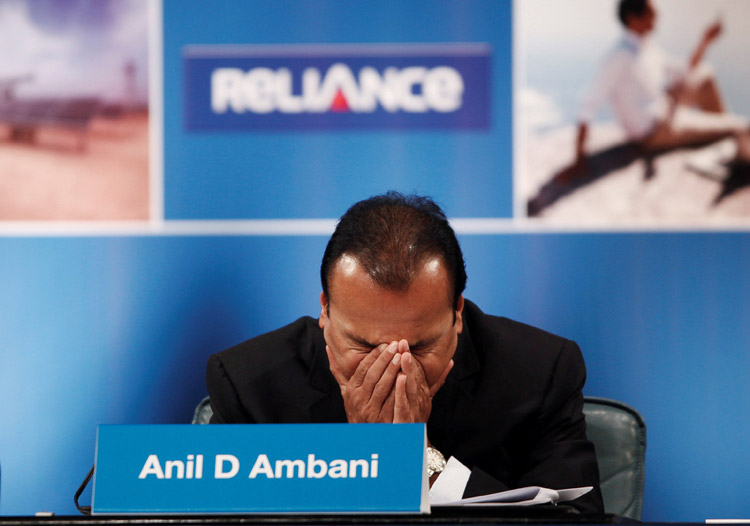 MUMBAI: The epic feud between India’s Ambani brothers has taken a new twist with the older and now vastly richer brother paying a debt owned by his struggling sibling, helping him avoid jail.

Mukesh and Anil Ambani fell out spectacularly after their rags-to-riches father died in 2002 without a will, leaving them to fight for control of his Reliance Industries conglomerate.

With their mother acting as peacemaker, they eventually agreed to split Reliance, at the time India’s most valuable listed company, and to stay out of each other’s sectors.

Mukesh’s half has thrived while Anil’s has tanked. Mukesh, 61, is now Asia’s richest man, worth $54.3 billion, dwarfing Anil’s assets of some $300 million, according to Bloomberg News.

Mukesh and his family live in a 27-storey luxury Mumbai skyscraper believed to have cost more than $1 billion to build and regularly referred to as the world’s most expensive home.

Anil’s Reliance Communications is believed to have debts of around $4 billion and started insolvency proceedings in February.

That same month his woes deepened when the Supreme Court ruled he would be jailed if he failed to pay 5.5 billion rupees ($77 million) to Sweden’s Ericsson by Tuesday.

Reliance Communications dropped a bombshell late on Monday by saying that the debt had been settled — implying that none other than Anil’s big brother had paid the money, prompting a humbled thank you.

“My sincere and heartfelt thanks to my respected elder brother, Mukesh, and (his wife) Nita, for standing by me during these trying times, and demonstrating the importance of staying true to our strong family values by extending this timely support,” said Anil, 59.

“I and my family are grateful we have moved beyond the past, and are deeply grateful and touched with this gesture,” he added in a statement.

Mukesh’s decision may not have been driven entirely by a desire to bury the hatchet, however.

Monday’s short statement did not say whether the payment was a gift or a loan but some Indian media reported that it may have been compensation for a deal between the two that recently collapsed.

Anil had hoped to offload his company’s telecom tower and spectrum business to his brother’s Reliance Jio for $2.4 billion.

But the deal, which hit regulatory hurdles and opposition from creditors, was confirmed dead by both companies on Tuesday.

It is also not the first time that the brothers have appeared to make up.

In 2011, they came together to dedicate a memorial to their father, and their mother Kokilaben declared the enmity over, telling reporters: “There is love between the brothers.”