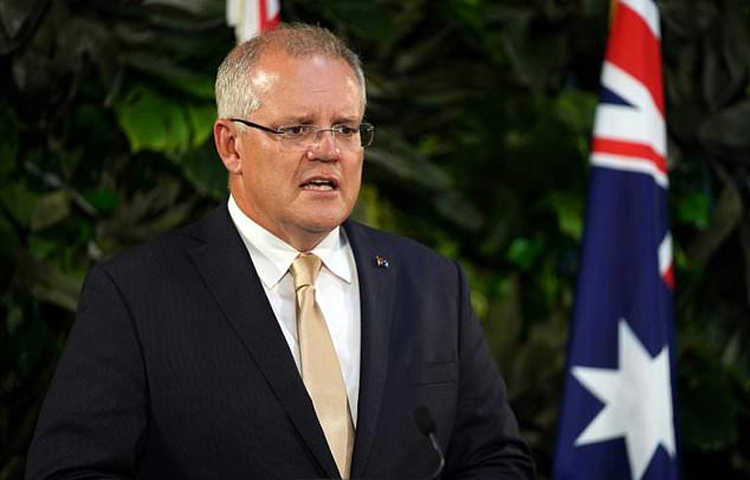 SYDNEY: Australian Prime Minister Scott Morrison has called on world leaders to press technology firms to tackle the “ungoverned” space of extremist internet content in the wake of the Christchurch terror attack.

In a letter published on Tuesday, the Australian leader asked the G20 summit host, Japanese Prime Minister Shinzo Abe, that the issue be raised when leaders gather in Osaka this June.

Morrison is in the middle of a tough re-election campaign, where his party has faced persistent allegations of fuelling anti-migrant sentiment to appeal to conservative voters.

Morrison has spoken publicly several times to denounce extremism since the attack that killed 50 people in neighbouring New Zealand on Friday.

He has also taken aim at tech companies for their seeming inability to stop the propagation of extremist content, such as live footage shot by the gunman as he rampaged through the Al Noor mosque.

“They’ve created these capabilities, and in the overwhelming majority of cases, they’re available for peaceful and happy purposes, but we do know that they can be used and weaponised by terrorists of any description,” he told the press.

“I’m sure we can work together to make sure they protect our citizens by ensuring that their tools that they have developed are not used by terrorists as weapons to advance their agendas of hate,” he said.

Opposition leader Bill Shorten backed that call, telling social media platforms: “If you help create the swamp, you can’t go missing when evil things start crawling out of it.”