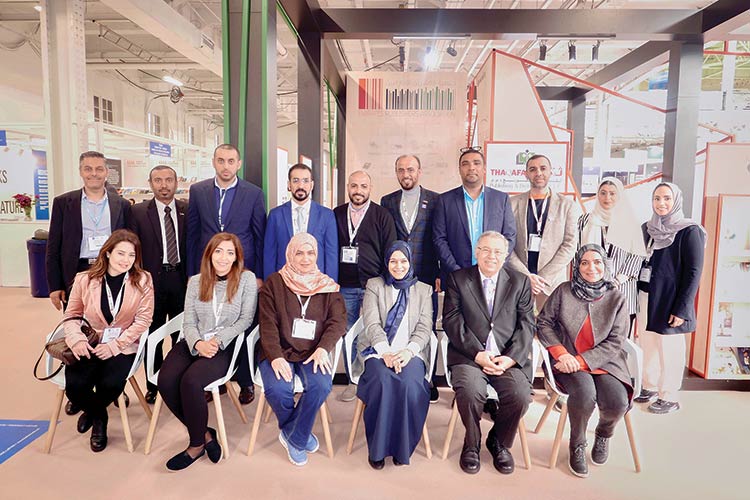 EPA explored ways of cooperation and sharing expertise with the participating European publishers.

During the London Book Fair, the EPA stand represented eight member publishers, and offered a networking platform where a series of meetings with European and international publishers, and book fair organisers was held.

EPA  met with ‘Rakuten, OverDrive,’ an American digital distributor of eBooks and audiobooks, to discuss possibilities of digitising books of EPA’s members and also converting them to Audio books.

In another meeting with Nielson Corporation, a global marketing research firm, EPA explored ways to conduct a massive research about the UAE publishing industry’s  data collection techniques. EPA also met with representatives from New York University to discuss the organisation of training courses in publishing, in the UAE.

EPA explored ways of cooperation with Beijing International Book Fair, to coordinate EPA’s  participation, in the next edition of the book fair. The meeting aimed to boost UAE-China relations in the publishing sector. EPA also held a series of meetings with Canadian publisher, Livres Canada Books, to discuss possible avenues of Emirati–Canadian collaboration in publishing, with a specific focus on the buying and selling of translations rights during the upcoming Sharjah International Book Fair.

EPA then met with the management of Bologna Fiere, a leading international exhibition organiser to discuss EPA’s first participation in the next edition of China Shanghai Children Book Fair to be held in November 2019, Bologna Children’s Book Fair and New York Rights Fair.

During the Paris Book Fair, EPA held meetings with the book fair organisers, to discuss EPA’s future participation in the next editions of the book fair and how Emirati publishers could benefit and bring the best from their participation.

Rashid Al Kous, Executive Director of EPA, said, “The Association is keen to increase its presence at the local, regional and international events to network with various publishers and discuss opportunities for upgrading the publishing industry and exchanging expertise on a wider scale.”