Pakistan to award 'courage' of citizen killed in Christchurch - GulfToday

Pakistan to award 'courage' of citizen killed in Christchurch 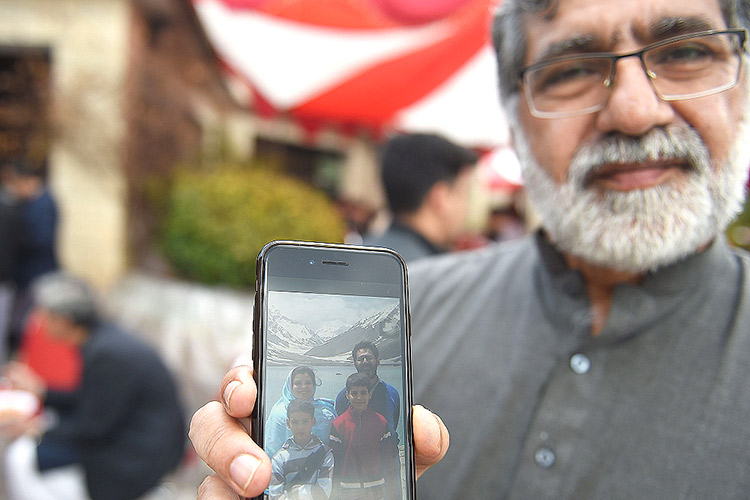 Rizwan Rashid, brother of Naeem Rashid, who was killed in the attacks to the Christchurch mosques , shows his family picture at Naeem house in Abbottabad on Sunday. Farooq Naeem / AFP

ISLAMABAD: Prime Minister Imran Khan on Sunday announced that national award will be    conferred posthumously on Mian Naeem Rashid, a Pakistani citizen who lost his life while  attempting to prevent a terrorist from shooting worshippers at a mosque in New Zealand on Friday.

Imran spoke as the Pakistani foreign office confirmed that nine of its citizens had been killed in the mass shootings at two mosques in the New Zealand city which claimed the lives of 50 people on Friday, including many who had emigrated from around the world.

"Pakistan is proud of Mian Naeem Rashid who was martyred trying to tackle the White Supremacist terrorist & his courage will be recognised with a national award," Imran Khan tweeted on Sunday. 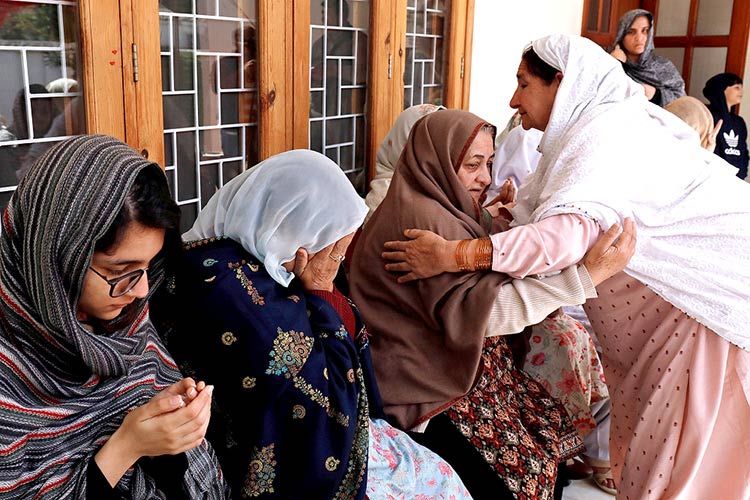 Relatives of Naeem Rashid comfort each other during a condolence gathering at the family's home in Abbottabad. Akhtar Soomro / Reuters

He said the government was  ready to extend all support to families of Pakistan victims of the terrorist attack in Christchurch .

"We are in touch with their families. A total of 9 Pakistanis embraced shahadat in the Friday attack,” he added.

Earlier, the New Zealand authorities confirmed that six Pakistanis have lost their lives in one of the most brutal attacks on Muslims in the Western countries.

The Foreign Office said Naeem Rashid, the Pakistani who sacrificed his life to save others at the Al Noor Mosque, will be buried along with his son Talha Naeem, 22, in Christchurch.

Rashid became a hero when he embraced martyrdom trying to stop the shooting by launching himself at the gunman. He was a resident of Jinnahabad, Abbottabad, and a professor in New Zealand. He received his education from the Army Burn Hall College and went to New Zealand for higher education, eventually settling there.

In the meantime, 27-year-old Syed Areeb Ahmed was also among the unfortunate Pakistanis who died in the Christchurch terrorist attack. He was a chartered accountant and was the resident of Block 14, Federal B Area in Karachi. He was declared missing after the deadly attack. However, the Foreign Office confirmed his death on Saturday.

Rashid's elder brother Khurshid Alam told AFP in the northwestern Pakistani city of Abbottabad that the award "means a lot" to his family.

"I feel very proud," he said, calling the loss of his brother and nephew a "big, big shock."

Naeem, he said, had visited the family last year, staying for two months.

"We had a lovely time. He was a man who would be like a kid with children, and like an adult with grown-ups," Alam said.

Pakistan's Foreign Minister Shah Mehmood Qureshi said the award would be given on March 23, Pakistan Day.

He confirmed that nine Pakistani citizens had been killed in the attack while one was in critical condition.

One "is still not out of danger but he is being treated," he told reporters in Islamabad without identifying the victim.

Qureshi said families of six of the victims have decided to bury them in Christchurch, while the other three want to bring the remains to Pakistan.

"Whatever the families will decide, we will respect it and fulfil their wishes," he said, adding that flags will be flown at half-mast in Pakistan on Monday in honour of the victims.

Officials in Pakistan's picturesque northern areas also confirmed that the main suspect, 28-year-old white supremacist Brenton Tarrant, had visited the region as a tourist in October, staying for more than a week.

"He was a decent and quiet guy."

He said he remembered Tarrant among the many tourists who visit the region "because he was so impressed by the area, and said he had heard so many negative things about Pakistan but he found it the opposite."

Tarrant's alleged involvement in the massacre left him "surprised and shocked", he said.

Tarrant is also believed to have visited Gilgit and Skardu in the mountainous north.