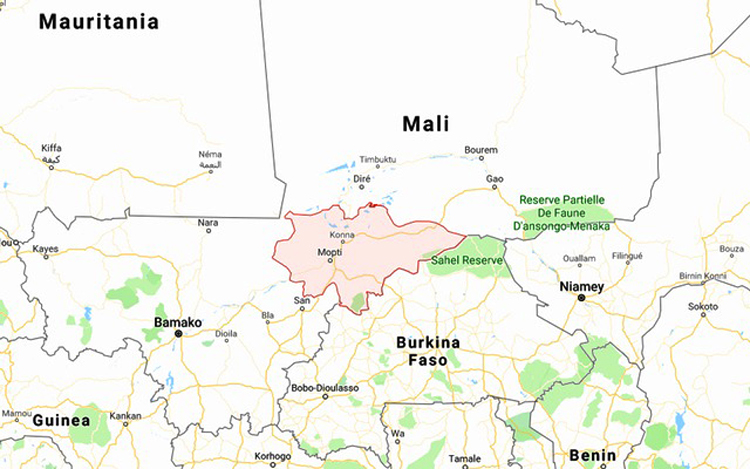 The base is in the village of Dioura, the mayor of the nearest town Kareri, Youssouf Coulibaly, told the media by telephone from inside it. Central Mali has in the past few years been overrun by militants with links to Al Qaeda.

"I'm currently inside the base and there were many deaths here. We've counted 16 so far," he said. Army spokesman Colonel Diarran Kone confirmed the attack but gave no further details.

Violence by militants groups has worsened almost every year since it first exploded in Mali in 2012, when extremists and allied Tuareg rebels took over the north and advanced towards the capital Bamako, until a French-led intervention pushed them back the following year.

Groups linked to Al Qaeda and Daesh used central and northern Mali as a launch pad for growing numbers of attacks across the Sahel region, especially on neighbours Niger and Burkina Faso, despite the presence of 4,500 French troops.

Central Mali is the locus of the Macina Liberation Front, led by Salafist preacher and militant leader Amadou Koufa. French Armed Forces Minister Florence Parly claimed in November that Koufa had been killed in a raid by French forces.

But at the end of last month Koufa appeared in a new propaganda video mocking French and Malian forces.