Fresh protests in Sudan as govt secures $300m in loans 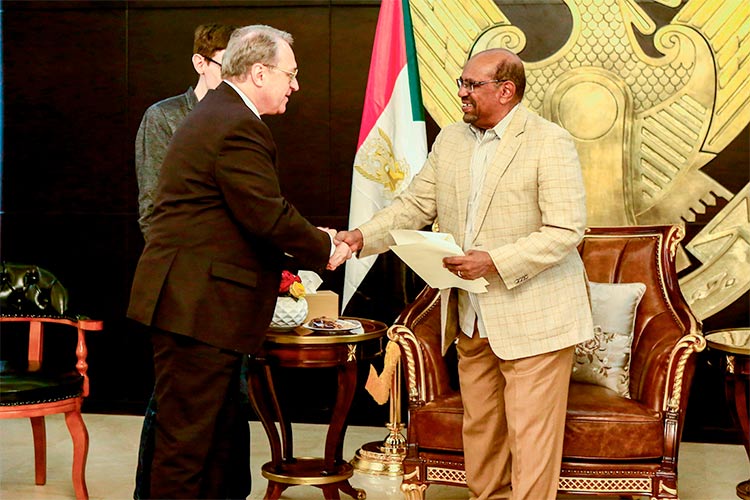 Hundreds of Sudanese took part in anti-government protests in the capital and other cities on Sunday as the government announced it had secured $300 million in loans to address the economic crisis that triggered the unrest.

The demonstrations began in December over price hikes and food shortages, and quickly escalated into calls for President Omar Al Bashir to step down, posing one of the biggest challenges yet to his nearly 30-year rule. Security forces have responded with a fierce crackdown that has killed dozens of people.

The rallies are being led by the Sudanese Professionals Association, an umbrella group of independent professional unions. Footage posted online showed dozens of people marching in Khartoum and its twin city of Omdurman, chanting: “Freedom, dignity and justice.” The also canted “the people want the fall of the regime,” echoing the popular slogan of the 2011 Arab Spring uprisings that briefly defied despotism in the region, but never made it to Sudan.

In some videos, security forces are seen using tear gas to disperse demonstrators.

Also on Sunday, dozens of families demonstrated in front of the headquarters of the National Intelligence and Security Service in Khartoum, calling for the release of detained relatives, according to activists who spoke on condition of anonymity, fearing for their safety.

A leading Sudanese geneticist was among those arrested. Muntasir Ibrahim, who heads the University of Khartoum’s Institute of Endemic Diseases, was arrested on Feb.21 from a mosque in the capital, said his son, Gassim Ibrahim.

Ibrahim said his father and other university professors had drafted an initiative for a peaceful transition of power. Police previously arrested his father on two occasions in January.

There was no immediate comment from authorities on Sunday’s protests and a government spokesman did not respond to requests for comment.

Sunday’s demonstrations took place as a US congress delegation is visiting Sudan to meet with government officials and opposition leaders, ahead of the start of a second phase of dialogue between the two countries.

Sudanese lawmaker Mutwakil Ahmed said in a statement the US delegation, led by Rep. Gus M. Bilirakis, a Republican from Florida, met with Salah Gosh, the head of Sudan’s National Intelligence and Security Services and other officials on Saturday.

A report by the state-run SUNA news service said Gosh told the delegation about “the positive results of the Bashir recent decisions to maintain the country’s national security and cohesion.”

The report also quoted him as saying that the recent protests “were legitimate, but their purposes changed and became illegal.” It did not elaborate.

Bashir disbanded the government last month and declared a state of emergency. He also has banned unauthorised public gatherings and granted sweeping powers to the police since imposing a state of emergency last month, and security forces have used tear gas, rubber bullets, live ammunition and batons against demonstrators.

Mutwakil, the lawmaker, said the US delegation has discussed religious freedoms in Sudan, as well the country’s counterterrorism efforts.

In 2017, the US lifted decades-long sanctions, arguing that Sudan is making progress in areas of concern, including improving humanitarian access. The State Department last year agreed to a second phase of rapprochement with Sudan, laying out priorities to reconcile the two nations which have been at odds for nearly three decades.

At the time, no specific timeline was placed for the removal of the terrorism designation which was first placed on Sudan by the Clinton administration in 1993.

Meanwhile on Sunday, the state-run SUNA news service reported that the Finance Ministry secured a $230 million loan from the Arab Monetary Fund to support the country’s balance of payments.

It said the ministry signed another deal worth $70 million with the Arab Trade Financing Programme, which is based in a Gulf country.

Bashir, who seized power in 1989, has responded to the protests by suspending plans for constitutional amendments that would allow him to seek a new term in next year’s elections. He has also stepped down as leader of the ruling party, appointing a loyalist in his place.