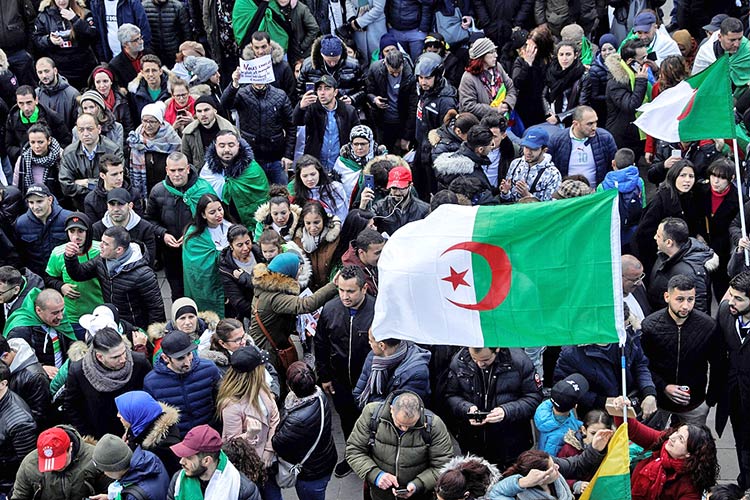 The discussions began as some workers at Algeria's biggest gas field staged a protest against "extending the fourth term", an energy official said, referring to a proposal by Bouteflika to stay in office until a new constitution is adopted.

Output at the Hassi Rmel field was not affected, said the official from state oil and gas company Sonatrach.
He described the protests as "minor," but such politically-motivated action suggests  Algeria's reform push has won some influence inside an enterprise that is the north African country's main economic pillar.

The new cabinet will include experts without political affiliation and will "reflect the demographics of the Algerian society", APS quoted an official source as saying.

The aim is to "show willingness to establish a government of great openness."

Bedoui is unlikely to defuse anger on the streets by kicking off talks on a new administration.

Algerians, who have been demonstrating for over three weeks, have rejected overtures by Bouteflika, who has reversed a decision to stand for another term after 20 years in power.

"The new government will fall in 24 hours as long as it lacks legitimacy and popular support," said Fodil Boumala, one of the people protesters have chosen to spearhead popular pressure against what they see as an authoritarian system.

Bouteflika stopped short of relinquishing office and said he would stay on until a new constitution is adopted, meaning he will likely remain in power for some time.

Algerians have previously heard promises from Bouteflika, who has hinted at wide ranging political reform and steps to improve an economy which has offered many Algerians few opportunities despite the country's oil and natural gas wealth.

Protesters have grown tired of the same ruling elite, veterans of the 1954-1962 war of independence against France, the military, intelligence agencies and big businessmen.

Algerians have made it clear they will only settle for new leaders who can improve living standards, deliver greater freedoms and dismantle a Soviet-style bureaucracy that has discouraged investors.

On Friday, hundreds of thousands of people staged the biggest demonstration since the unrest began. Some carried banners saying "No to Bedoui."

Bouteflika has rarely been seen in public since suffering a stroke in 2013. Protesters say he is no longer fit for office.

The president has been losing allies in recent days since returning from medical treatment in Switzerland, including senior members of the ruling National Liberation Front party, known by its French acronym FLN.

Protests have been mostly peaceful, with security forces showing restraint. The military, which is expected to keep playing its influential behind-the-scenes role as a power broker, has stayed in the barracks.