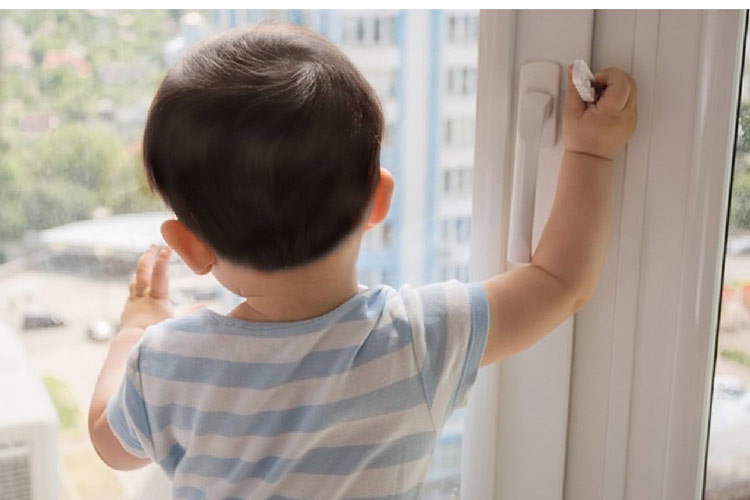 The baby was rushed to Kalba hospital where she received first aid.

KALBAA: An Arab baby, aged 18 months, sustained medium wounds after she fell from the balcony of the first floor of a building located in Kalbaa, Sharjah.

The police station in Kalbaa was alerted by the Fujairah Police at around 4:30pm on Thursday about receiving a report on a baby suffering from medium injuries due to falling from a balcony.

The baby fell from the balcony of the apartment because of the lack of attention of family members to the location from where she fell. The baby’s father transferred her to Kalba hospital where she received first aid, and then transferred to Fujairah Hospital to complete treatment.

The relevant teams examined the site of the baby’s fall in order to find out the cause of the accident. The investigation is still under way, while the prosecution charged the parents with negligence.

Last month, a 19-month old Egyptian girl identified as LM sustained multiple and serious injuries on different parts of her body after falling from the 10th floor of a building in Ras Al Khaimah. She landed on the windshield of a parked vehicle.

The girl was rushed to Saqr Government Hospital in Ras Al Khaimah.

The girl received first aid and medical treatment before undergoing an urgent surgery in her abdomen to ensure she did not have internal bleeding. She was then moved to Obaidullah Hospital for X-rays before being rushed back to Saqr Government Hospital for further treatment.

The girl’s father said he had gone to a supermarket, while the girl’s mother was preparing her eldest son’s schoolbag. The girl took advantage of the busy mother to climb on a new couch below the window, and from there to the edge of the window, the father added.