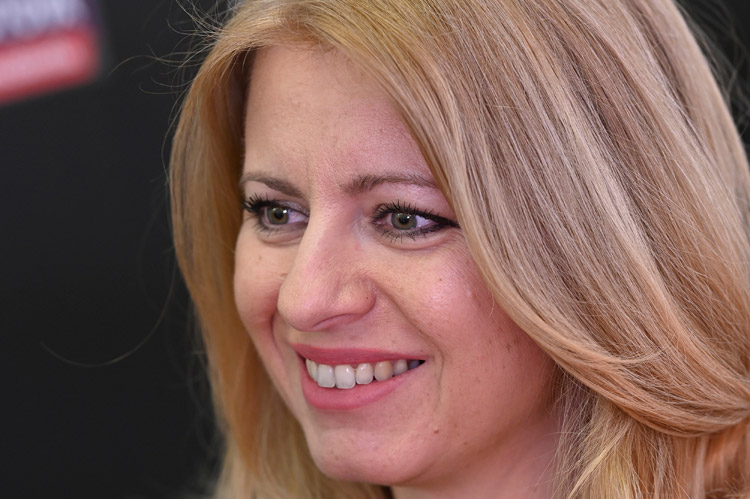 BRATISLAVA: An anti-corruption campaigner with no previous experience of public office is set to win Slovakia’s presidential election on Saturday as voters spurn the ruling Smer party one year after the murder of a journalist sparked mass protests.

Fico’s government remains in power but Smer’s popularity has slumped. On the first anniversary of Kuciak’s murder, thousands of Slovaks rallied to protest against what they see as a lack of government action on the corruption he uncovered.

Polls show the Smer-backed candidate, European Union commissioner Maros Sefcovic, as trailing far behind political newcomer and lawyer Zuzana Caputova, whose endorsement by the protest movement has catapulted her to frontrunner position with support at over 50 per cent.

If elected, the 45-year-old Caputova, a pro-European liberal who belongs to the small, non-parliamentary Progressive Slovakia party, will stand out among the populist nationalist politicians on the rise across much of Europe.

A year ago she was best known for leading a long fight against an illegal landfill in her hometown. Now Caputova says her aim is to disrupt “state capture by figures pulling strings from behind instead of elected representatives.”

“This election is the first opportunity for change after last year’s murder and subsequent public calls for decency, justice and fairness,” Caputova said in a Reuters interview on March 4.

The president does not wield day-to-day power but has veto power over the appointments of senior prosecutors and judges, pivotal in that fight.

The murders of Kuciak and his fiancee, who was shot dead alongside him, is still under investigation. The biggest breakthrough to date came just two days before the vote, when special prosecutors said they had charged businessman Marian Kocner, a subject of Kuciak’s reporting with connections across the political scene including with Smer, with ordering the murder.

Grigorij Meseznikov, of the Institute for Public Affairs, said Saturday’s election was the next step in a process started a year ago.

“We will see a face-off between those who want fairness and justice for all and those who created the current system and want to maintain it,” he said.

Under Smer, which has held the majority in parliament since 2006, Slovakia joined the euro zone and its growing economy is now the world’s largest per capita car producer.

But corruption remains a problem and this has galvanised anti-establishment voters. Slovakia ranks 57th out of 180 countries in Transparency International’s Corruption Perception Index, behind neighbours Poland and the Czech Republic but ahead of Hungary.

The last AKO agency poll before the vote published on March 1, showed support for Caputova at 52.9 per cent and Sefcovic at 16.7 per cent.

In third place at 11.4 per cent, was supreme court judge and former justice minister Stefan Harabin, who is running as an independent candidate. He has gained support with promises to fight immigration and dismantle EU sanctions against Russia. He slams LGBT rights as “sick ideology” and says he would “renounce all international treaties that Slovakia joined under pressure.”

With the vote still likely to go to a run-off on March 30, some see Harabin beating Sefcovic for the challenger position. This could render Smer more vulnerable in the run-up to the next parliamentary election in 2020.