AI flies over 5,000 troops to Srinagar 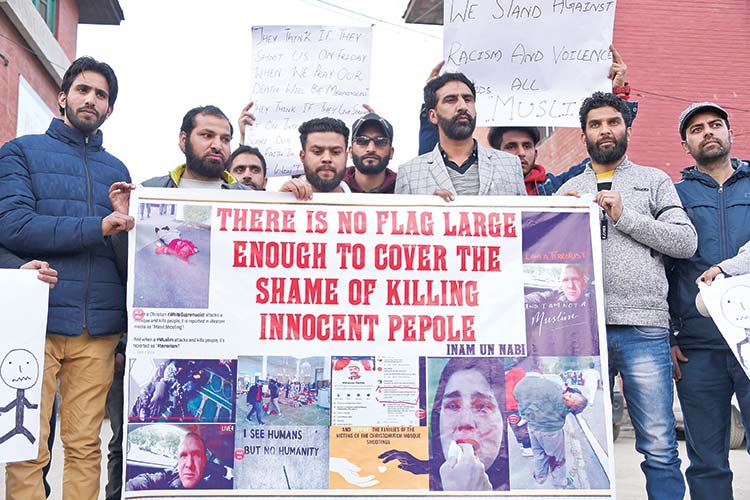 Kashmiris hold placards during a demonstration to condemn the Christchurch mosque attacks in Srinagar on Saturday. Agence France-Presse

NEW DELHI; Air India has ferried around 5,000 army and Central Armed Police Forces (CAPF) personnel to Srinagar in special night flights in recent weeks as boots on the ground are being strengthened in Jammu and Kashmir after the Pulwama attack.

There are at least three flights every night full of security personnel leaving for Srinagar from New Delhi.

Air India is also operating the wide-body 787 Dreamliner from Kolkata to fly soldiers in.

Earlier in the day, French Ambassador Alexandre Ziegler tweeted a press statement of the French government, which said, “France has decided to sanction Masood Azhar at the national level by freezing his assets in application of the Monetary and Financial Code. A joint decree of the Ministries of the Interior, and Economy and Finance was published today in the Official Gazette.”

Ziegler tweeted, “Based on this decree, we will raise with our European partners the issue of including Masood Azhar on the European Union list of persons, groups and entities involved in terrorist acts.”

“France has always been and always will be by India’s side in the fight against terrorism.”