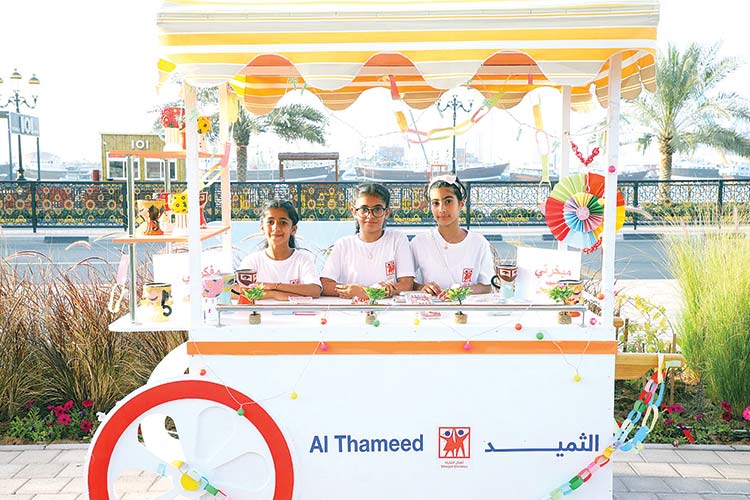 sharjah: The Department of Public Works of Sharjah, upon the directives of His Highness Dr Sheikh Sultan Bin Mohammed Al Qasimi, Member of the Supreme Council and Ruler of Sharjah, is implementing a number of academic projects in various areas of the Emirate at an estimated cost of Dhs1b, according to Engineer Ali Bin Shaheen Al Suwaidi.

Al Suwaidi explained the projects are being implemented at the University of Sharjah and Al Qasimia University, in addition to several branches of the universities in different areas of the emirate.

He pointed out the department is finalising the building of the Sharjah Academy of Performing Arts with a cost of Dhs200m, on a total area of 100,000 square metres, which was allocated by His Highness The Ruler of Sharjah for the future expansion of the Academy.

Al Suwaidi added the Department has completed the construction of a residential building for the female students of the University of Qasimia Phase II, at a cost of Dhs32m.

The Department is also finalising the girls’ college at Al Qasimia University, at a cost of Dhs69m.

It is also constructing a residential building for the students of Al Qasimia University, III phase, with an achievement rate of 80%, at a cost of Dhs31m.

At Qasimia University also, the Department has completed the establishment of Boys College II, at a cost of Dhs69m.

Engineer Alia Al Rand, Director of Buildings Projects Section affirmed the construction of the College of Graduate Studies and the Scientific Research Building at the University of Sharjah is underway, with a completion rate of 95%, at a cost of Dhs92m.

Engineer Aisha Abdullah, Head of Building Services, has affirmed the department is finalising the building of Al Qasimi Publishing House in Al Tarfa area in the suburb of Mujaidar, at a cost of Dhs20m.

She added the Department has recently installed 3 elevators at the Academy of Police Sciences in Muwaileh, at a cost of Dhs1.

The Department is establishing the Holy Quran Complex in Sharjah, at a cost of Dhs300 m., explained Engineer Abdullah.

In the central region, Engineer Mohammed Bin Ya’arouf,, Director of Branches, said the department has finished early of 2019 the bank building and the herbarium of the seeds at  Al-Dhaid.

Opposite the Seed Bank, the Department is finalising the wildlife building, at a cost of the Dhs23m.

It is worth mentioning that the Department of Public Works of Sharjah completed at the beginning of 2019, the students club at the University of Sharjah in Al Dhaid city, at a cost of Dhs10m, upon the directives of Dr Sheikh Sultan Bin Mohammed Al Qasimi, Member of the Supreme Council and Ruler of Sharjah.

Earlier, His Highness Dr Sheikh Sultan Bin Muhammad Al Qasimi issued an Emiri Decree on the establishment of Al Qasimi Publications Publishing House. Decree No. 09 of 2019 stipulates that Al Qasimi Publications enjoys full independence with financial and administrative autonomy, corporate personality, and legal capacity necessary to undertake legal actions that ensure the achievement of its objectives, and is organised on a non-profit basis, according to WAM.

The publishing house will be headquartered in Sharjah, and may upon the approval of the owner, establish a branch or branches in the other cities of Sharjah.

It also aims to support humanitarian and charitable institutions.