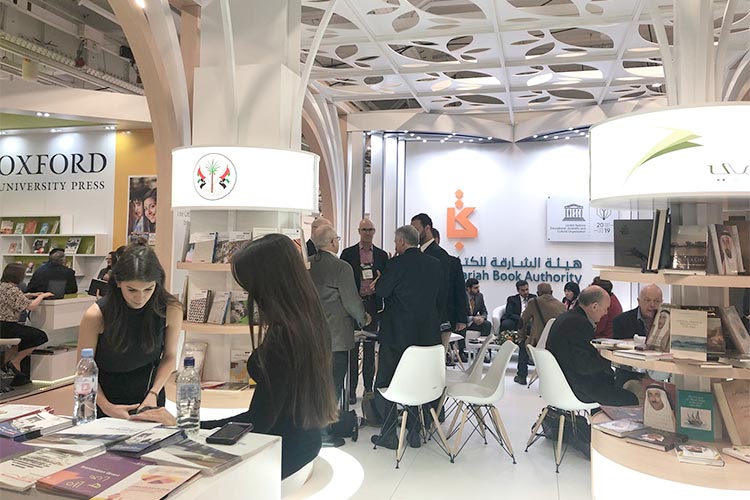 SBA participated in the 48th edition of the London Book Fair from March 12-14.

LONDON: In keeping with its dedication to furthering cross-cultural communication and establishing a presence in important cultural events worldwide, Sharjah Book Authority (SBA) participated in the 48th edition of the London Book Fair (LBF), from March 12-14, 2019.

The authority organised a series of meetings with a host of British and international intellectuals and publishing professionals at its pavilion, and shed light on the emirate’s key cultural events – Sharjah International Book Fair (SIBF), and Sharjah Children’s Reading Festival (SCRF), whose 11th edition is coming up in April.

SBA also showcased its first flagship initiative, Sharjah Publishing City (SPC), which is the world’s first publishing and printing free zone, highlighting the plethora premium services and commercial advantages its offers to publishers, authors and other literary professionals from around the world.

Ahmed Bin Rakkad Al Ameri, Chairman of SBA, stressed Sharjah’s keenness to participate in key cultural events worldwide, pointing out that it contributes to strengthening cultural understanding through active dialogue, in addition to promoting Emirati and Arab culture and its achievements.

Al Ameri said: “SBA has returned to the London Book Fair, again this year, to reinforce the vision of His Highness Sheikh Dr Sultan Bin Mohammed Al Qasimi, Member of the Supreme Council and Ruler of Sharjah, to build and strengthen our bridges of cultural communication around the world. We seek to promote the fundamentals that the Sharjah utilises to promote its cultural project, which highlights the instrumental role of books in fostering knowledge in people, broadening their horizons and opening window for dialogue, particularly now, ahead of unveiling our grand World Book Capital celebrations in April.”

“Through all our local and international participations, we present Sharjah’s unique cultural journey, that has flourished and expanded beyond the Gulf to establish itself as a global hub. Here in London, which is the publishing capital of the world, we are keen to introduce British and international publishers, as well as book experts to Sharjah’s efforts in growing our local and regional publishing sector, and its specific efforts to boost the new translations movement.