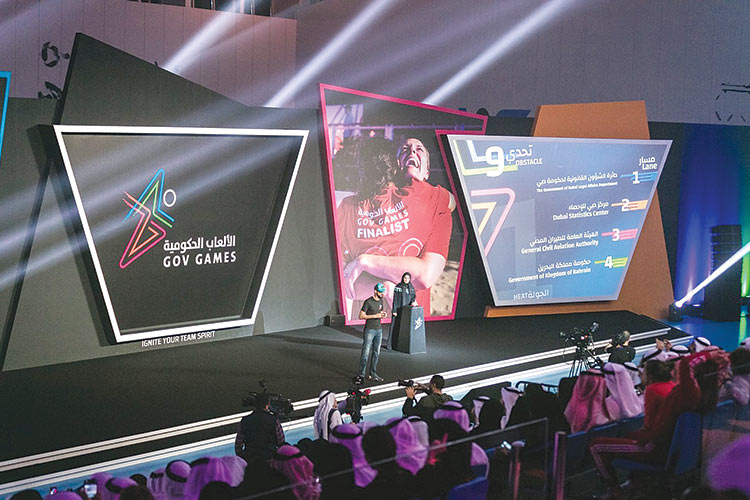 The interest from government entities in Dubai and the UAE reflects the entities’ eagerness to support initiatives that contribute to elevating productivity.

Gov Games, the first initiative of its kind in the world that aims to promote teamwork and team spirit among government employees, hosted an Orientation Day for teams from local and federal UAE Government entities participating in the second edition of the much-anticipated tournament.

The second edition of the event will be held on Kite Beach, in Dubai from April 3-6.

The event, at Nad Al Sheba Sports Arena (NAS), designed to educate all participants on the challenge that lies ahead across the four-day competition, was attended by Abdullah Al Basti, secretary general of the Executive Council of Dubai, Dr Abdullah Al Karam, Chairman and Director General of the Knowledge and Human Development Authority in Dubai (KHDA), and senior officials representing 172 teams and entities participating in the Games.

Bolstered by the success of the inaugural edition held in 2018, the second edition of Gov Games, organised by the Executive Council of Dubai in partnership with Dubai Sports Council (DSC), returns for 2019 under the tagline ‘One Team One Spirit’ to shed the spotlight on teamwork and team spirit, with an increased number of teams in both male and female categories.

Marwan Bin Issa, Director of Gov Games, told participants at the event that the high level of interest from government entities in Dubai and the UAE to participate reflects the entities’ eagerness to support initiatives that contribute to elevating work and productivity in light of the directives of Sheikh Hamdan Bin Mohammed Bin Rashid Al Maktoum, Crown Prince of Dubai and Chairman of The Executive Council.

“The team is the foundation of any institution and the most important factor behind its ability to achieve its goals. Anyone can build a team, but the hardest task is to build team spirit, which is the energy that animates a team’s members and transforms challenges into opportunities,” he added. Issa also stressed the importance of creating innovative platforms such as Gov Games to instil key corporate values such as teamwork, strategic thinking and determination to reach the goals across Dubai and UAE Government departments and sharing that challenge with participating teams from around the world.

During the Orientation Day, Gov Games organisers also conducted the official draw for the competition and revealed a full schedule of challenges, while keeping details of the exact obstacles facing the athletes a closely-guarded secret until nearer the event.

The teams will have only 10 minutes to complete each challenge and are allowed a maximum eight-minute break between each challenge to select their preferred line-up.

Teams comprise a seven-person squad including an appointed ‘captain’. A designated Team Manager (non-participating) will advise the relevant officials on team changes, appeals and any other communications required during the tournament.

On the final day, (April 6) the six best-performing male and female teams will go head-to-head in their respective competitions for one last challenge. The winning teams in both the male and female categories will receive the Gov Games Champions title and Dhs1 million divided equally between the squad.

During the Orientation Day, participants were introduced to the tournament’s phases, the nature of the competitions and the mechanism of calculating points during the challenges. Each challenge is divided into two stages in which the participating team earns five points for each stage and each member of the team gets a point by hitting a button on completion of the challenge.

The total points are calculated according to the speed of the team in overcoming the challenge, with a maximum 12 points available. Teams will receive an extra 0.01 reward point for every second under 10 minutes in which the challenge is finished.

Organisers concluded the event by praising the participants for their interest in keeping up the spirit of the Gov Games, which is back with tougher challenges that require greater physical and mental preparation and continuous training at the highest levels.