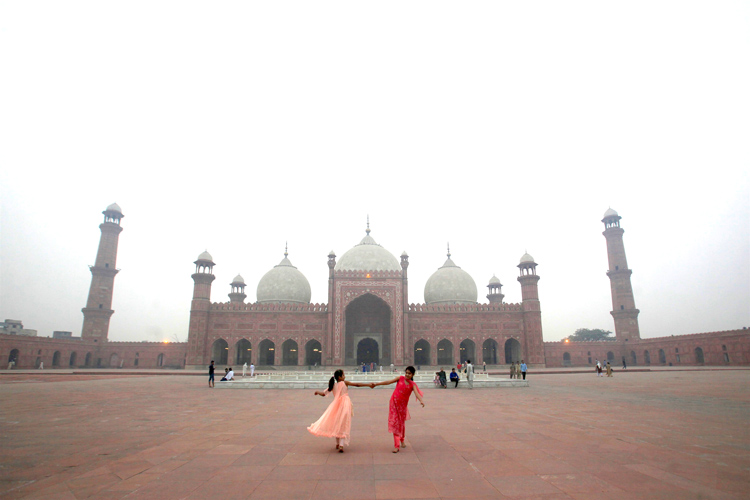 Children play at the courtyard of a mosque in Lahore.

ISLAMABAD: Prime Minister Imran Khan said on Thursday that the security situation has drastically changed and Pakistan is now a secure country.

The premier said this while addressing a ceremony to roll out the government’s new e-visa policy in Islamabad.

He said that the country opening its doors to the world is a manifestation of a new confidence that the security situation has improved.

"Pakistan is a secure country today. The next season of the Pakistan Super League (PSL) will be held entirety in Pakistan," he said.

Earlier, Information Minister Fawad Chaudhry told journalists that the government, in the initial phase of its policy to relax visa policies, has decided to extend e-visa facility to citizens of five countries, including Turkey, China, Malaysia, United Kingdom, and United Arab Emirates. The facility will then be extended to citizens of 170 countries if the pilot project succeeds.

The passenger identification system, Chaudhry said, has already been installed at Karachi and Lahore airports and will be set up at other airports of the country.

Furthermore, the information minister said, business visas will be given to 90 countries, while 55 countries will be granted visa-on-arrival. Earlier, visa-on-arrival facility was only available to nationals of 24 countries.

The government has also chalked out a visa policy for foreign journalists, specifically those from western countries and it is hoped that the move will make it easier for Pakistani journalists to get visas of other countries as well.

Chaudhry further said that the government will write to Indian authorities, urging them to grant visas to Pakistani journalists who wanted to cover the upcoming Indian elections.