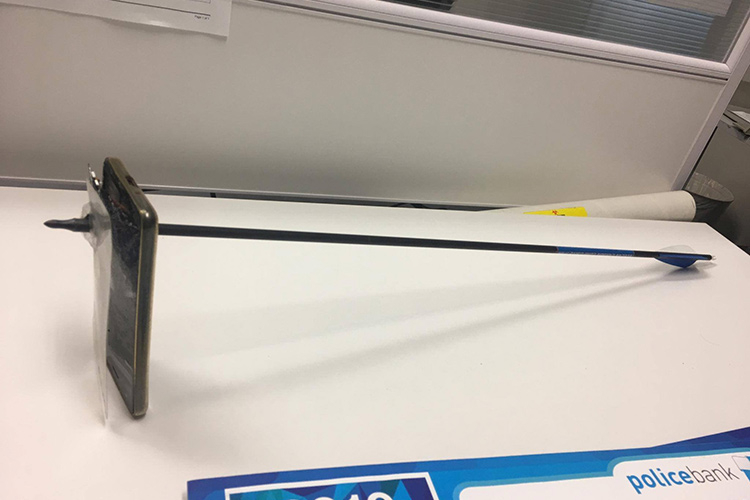 A picture obtained from social media on Thursday shows an arrow that pierced a mobile telephone in Nimbin, Australia. Reuters

MELBOURNE: An Australian man had a lucky escape while confronting a man armed with a bow outside his home, as a loosed arrow pierced the mobile telephone he was holding to take a photograph of the incident, Australian police said on Thursday.

The 43-year old man had returned on Wednesday to find the man, who was known to him, waiting outside his home in Nimbin, a small east coast town around 150 kilometres south of Brisbane.

“The resident held up his mobile phone to take a photo of the armed man who then engaged the bow and was ready to fire,” a police statement said.

“It’s alleged the man fired the arrow at the resident which pierced through the man’s mobile phone causing the phone to hit him in the chin. It left a small laceration that didn’t require medical treatment.” A 39-year old man was arrested at the scene and charged, police said.

Separately, the US upped pressure on Europe to avoid turning to Huawei for 5G telecom infrastructure, with a top commander saying Nato forces would cease communicating with their German colleagues if Berlin teams up with the Chinese firm.

The US and several other Western nations, fearful of the security risks posed by a company closely tied to the Chinese government, have shut Huawei out of tenders for the development of super-fast fifth-generation, or 5G, networks.

“We’re concerned about their telecommunications backbone being compromised in the sense that, particularly with 5G, the bandwidth capability and ability to pull data is incredible,” US General Curtis Scaparrotti, Nato’s Supreme Allied Commander in Europe, told US lawmakers.

“If it also is inside of their defense communications, then we’re not going to communicate with them” across those systems, the general said before the House Armed Services Committee.

“And for the military, that would be a problem.”

Scaparrotti’s comments came during questioning about trade talks in Europe, and Germany in particular, with Chinese telecom groups such as Huawei. The company has been charged by the US justice department of stealing trade secrets, obstructing a criminal investigation and evading economic sanctions on Iran.

Its 5G equipment is reputed to be much further advanced than those of rivals Ericsson and Nokia, which has made it attractive for mobile operators looking to quickly roll out new networks. 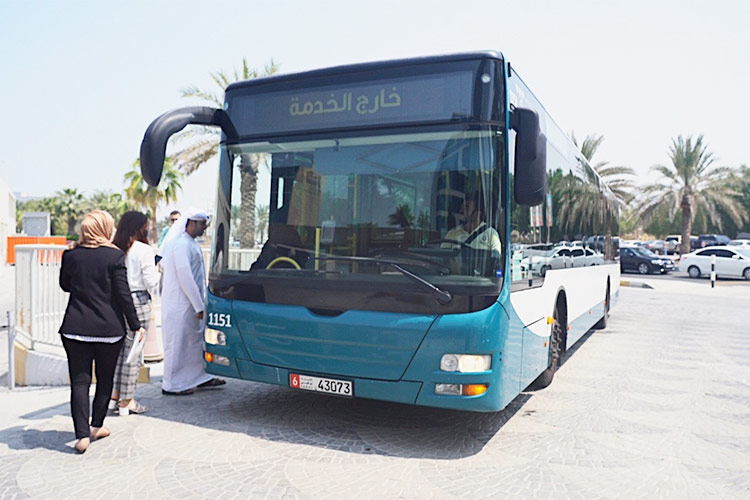 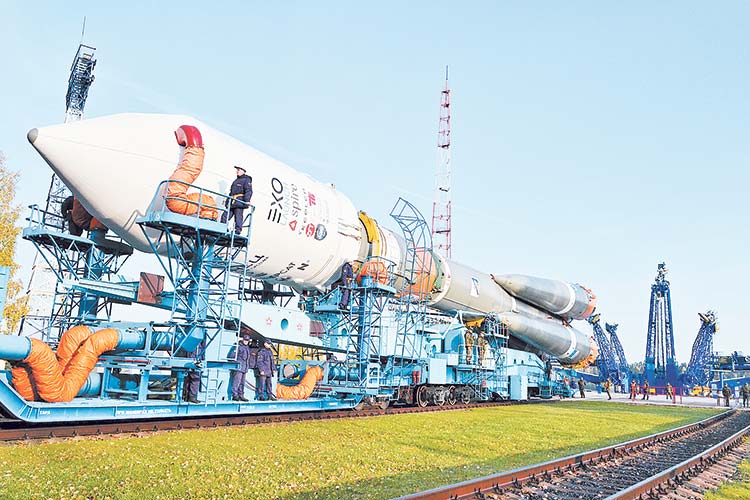