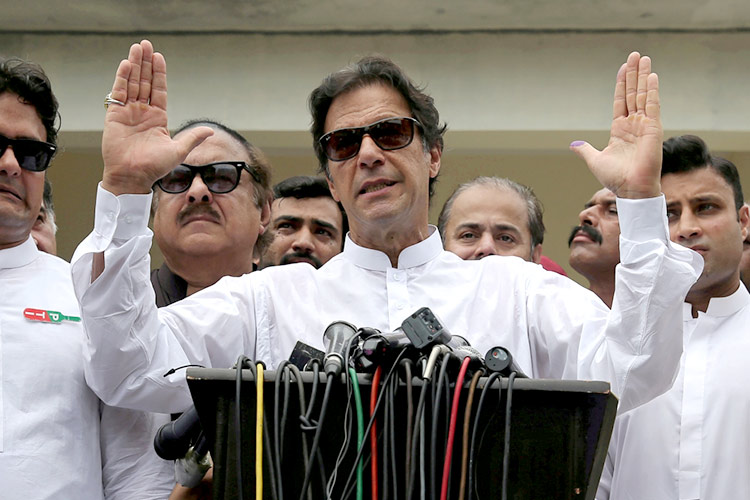 "Once prosperity returns to Pakistan such a move could be justified, but now, when we do not have resources to provide basic amenities to all our people, this is untenable.”

ISLAMABAD: The salaries of the members of the Punjab Assembly (MPAs) and ministers raised by the provincial assembly exceed the pays of their counterparts in all the provinces and at the federal level.

Meanwhile, in a tweet Prime Minister Imran Khan said he extremely disappointed by decision of Punjab Assembly to raise pays and privileges of MPs, ministers and especially chief minister. "Once prosperity returns to Pakistan such a move could be justified, but now, when we do not have resources to provide basic amenities to all our people, this is untenable.”

In the meantime, Khan gets less salary than his cabinet members and provincial chief ministers. With basic salary of Rs107,280, the premier is given Rs50,000 sumptuary allowance, adhoc relief, Rs21,456, adhoc allowance, and two other allowances of Rs12,110 and Rs10,728. His gross monthly emoluments come to Rs201,574 which is reduced to 196,979 after tax and other deductions.
The salaries of the Punjab Speaker and chief minister surpass the pays of all of their counterparts at the provincial and central levels. Apart from allowances, a member of the National Assembly (MNA) draws a monthly pay of Rs150,000 while an MPA will get Rs190,000 per mensem under a just approved law.

Likewise, the national speaker is getting Rs200,000 as the monthly salary while his counterpart in Punjab will be paid Rs260,000 per mensem.
Under the act governing the salaries, allowances and privileges of the MPs and cabinet members, a federal minister draws a pay of Rs200,000 whereas a member of the Punjab cabinet will now get Rs260,000. A federal minister of state is entitled to Rs180,000 as the monthly salary.

Apart from the salary, an MPA will receive Rs50,000 per month as house rent. Former chief ministers, who do not have their own house in Lahore, would be given official residence in the provincial capital.

In contrast, a member of the Khyber Pakhtunkhwa Assembly is paid a basic salary of Rs80,000 per month and a sumptuous allowance of Rs4,800. The house rent stands at Rs30,000 while utility bills worth Rs,4800 are paid by the government. For travelling, the legislator is given Rs1,600 per day for accommodation while free travel worth Rs120,000 per annum is specified. The telephone and office maintenance stipend is Rs10,000 each.

The chief minister, speaker and deputy speaker will be entitled to unlimited petrol while a minister and adviser will get 400 litres per month.
Apart from a basic salary of Rs150,000, an MNA is also entitled to Rs8,000 per month for office maintenance, free landline or cash compensation worth Rs10,000 with a sumptuary allowance of Rs5,000.

The allowances allotted to an MNA throughout a session or a standing committee meeting include daily allowance worth Rs3,000 (special) and Rs1,750 (ordinary) per day, Rs2,000 for conveyance and housing in the capital while a business class plane ticket with a Rs150 voucher or one seat in the air-conditioned compartment of a train and another in 2nd class compartment is provided by the federal government. If a member chooses to travel by road, they are compensated Rs10 per kilometer.

Annual travel stipend includes Rs300,000 voucher or Rs90,000 in cash, 20 business class air tickets - which can be utilised by the lawmakers or their family members.

According to Members of Parliament (salaries and allowances) Act, the national speaker and leader of the opposition are entitled to salaries and privileges of a federal minister. Hence, they are admissible to a basic salary of Rs200,000 with one-time equipment allowance of Rs5,000 along with the expense incurred by the speaker or opposition leaders and their family members while moving to the capital where the government provides official residence and Rs22,000 per month in utility bills. If the speaker or opposition leader does not take up official residence, they are compensated with a cheque of Rs103,125 per month.