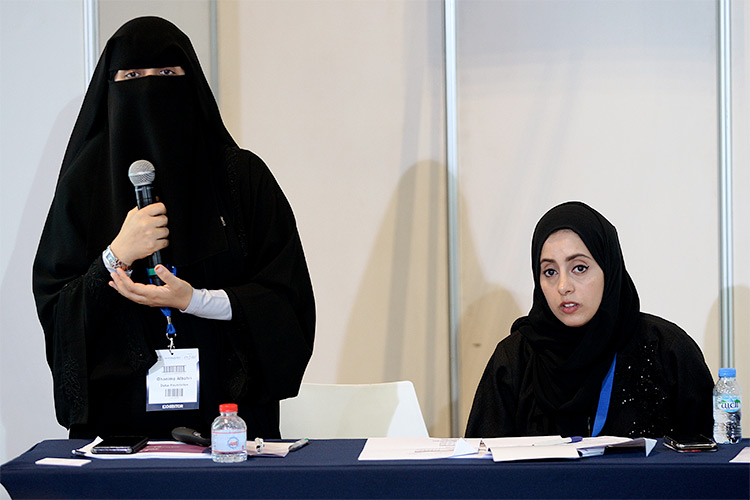 DUBAI: Even as challenges exist, heightened community awareness and cooperation that includes receptive assistance from diplomatic missions in Abu Dhabi and Dubai through the UAE Ministry of Foreign Affairs and International Cooperation, have helped the Dubai Foundation for Women and Children (DFWAC) solve 893 of 1,027 violence/abuse and human trafficking cases it handled in 2018.

“The 13 per cent (134) are being resolved. We hope to solve these this year,” DFWAC-Care and Social Services director Ghanima Hassan Al Bahri said.

It was on Thursday, on the sidelines of the just-concluded “Dubai International Humanitarian Aid & Development Conference & Exhibition at the Dubai World Trade Centre that the government institution released its “Annual Report 2018.”

The release was ahead of the “Emirati Children’s Day” observed every March 15 after the passage of the “Wadeema Law Against Child Abuse” in July 2016.

Al Bahri said one challenge they hope to address with the cooperation of everyone coming to the UAE is the shameful effects of mixed and fake marriages whereby vulnerable women and children consequently either become stateless, neglected, abandoned, or abused.

One such case was a newborn whose expatriate mother died at his birth.

DFWAC came into the scene as it sheltered and succored the baby until age one when the diplomatic mission concerned was able to finalize all the necessary tests and documentation procedures proving that the baby was its country’s citizen.Al Bahri expressed hope that expatriates coming to the UAE get to know the country’s laws and regulations as well as its cultural sensibilities to avoid inhumane treatment arising from conditions at domiciles and workplaces.

Her advice to everyone in the UAE as the 1,027 cases from all the seven emirates, permeate across all nationalities, whether un-schooled/educated, financially-dependent/with earning capacity: “Do not feel shy to report. No one has the right to violate anyone.”

The length of abuse and violence among the un-schooled and the financially-dependent run an average of 10 to 12 years.

“The educated and (working) women report to us a few months after they have been (violated),” Al Bahri added.