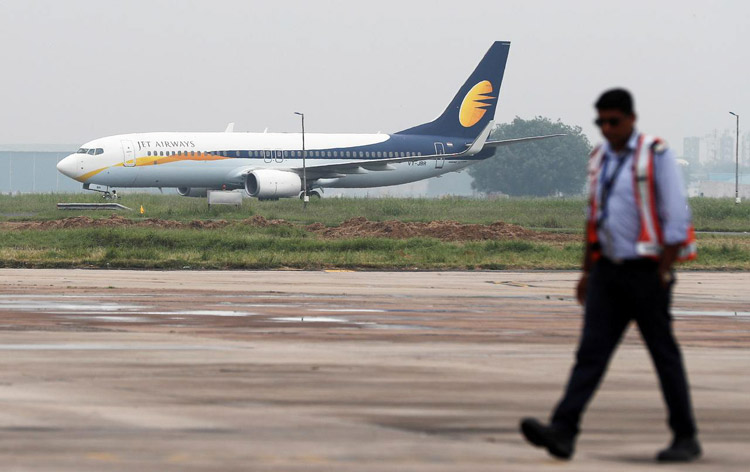 A Jet Airways Boeing 737-800 passenger plane moves on the runway as a man walks past at an airport in New Delhi, India. File photo/ Reuters

NEW DELHI:  India is grounding US planemaker Boeing Co’s 737 MAX aircraft immediately, the ministry of civil aviation said late on Tuesday, following the fatal crash of a plane of the same type in Ethiopia on Sunday.

“These planes will be grounded till appropriate modifications and safety measures are undertaken to ensure their safe operations,” the ministry said in a Twitter post.

“We will be working with the regulator and the manufacturer to attain normalcy in our operations,” he added.

The European Union’s aviation safety regulator earlier on Tuesday suspended all flights in the bloc by Boeing 737 MAX planes, joining a wave of suspensions of the aircraft across the globe.

SpiceJet’s shares plunged 5.5 per cent in the first few minutes of trade while Jet was trading 2.2 per cent lower.