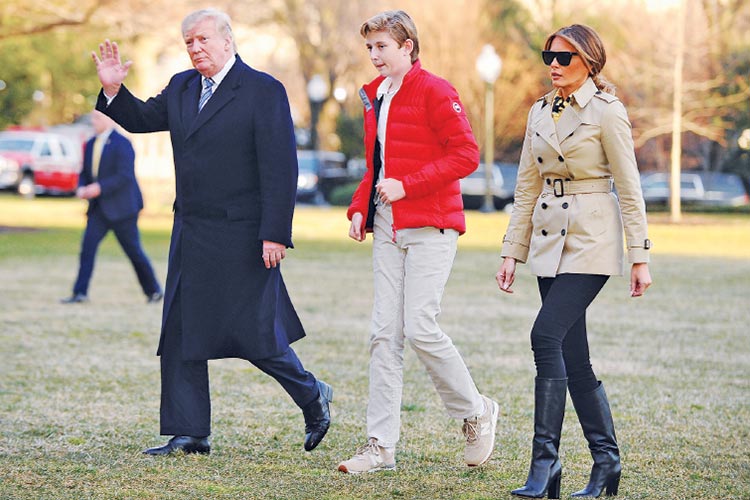 A US Department of State official on Monday said she thinks there will be a third summit between US President Donald Trump and North Korean leader Kim Jong Un, but no date has been set.

Trump and Kim’s second summit in Vietnam last month collapsed over differences on US demands for Pyongyang’s denuclearization and North Korea’s demand for sanctions relief.

Trump’s national security adviser, John Bolton, said on Sunday that the president was open to another summit with Kim but more time may be needed. Trump and Kim first met in Singapore last June.

US Secretary of State Mike Pompeo and the president “have been very clear that they remain open to the dialogue. They haven’t got a date on the calendar but our teams continue to work towards that,” US Under Secretary of State for Arms Control and International Security Andrea Thompson said when asked if there would be a third meeting.

“Is there a next summit? Well, I think there will be,” said Thompson, who spoke at the Carnegie Nuclear Conference in Washington.

Thompson said it was “incredibly important” that all countries continued to maintain United Nations sanctions on North Korea until it gave up its nuclear weapons.

Trump said on Friday he would be disappointed if Pyongyang were to resume weapons testing and reiterated his belief in his good relationship with Kim despite the collapse of the summit.

Trump commented after US think tanks and Seoul’s spy agency said that North Korea was rebuilding a rocket launch site. Non-proliferation experts have said satellite images indicate North Korea could be preparing to launch a missile or a space rocket in spite of a freeze in testing that has been in place since 2017.

Meanwhile, an Indonesian woman accused of assassinating the North Korean leader’s half-brother was freed on Monday after Malaysian prosecutors dropped a murder charge against her, in a shock decision that delighted her friends and family. Siti Aisyah smiled as she was ushered into a car outside the court, where she had been on trial for a year and a half alongside a Vietnamese woman for the 2017 murder of Kim Jong Nam at Kuala Lumpur airport.

“I feel happy. I did not know this will happen. I did not expect it,” said the 27-year-old, who earlier hugged her tearful Vietnamese co-accused, Doan Thi Huong, in the dock when the news was announced.

Indonesian officials mounted a major diplomatic effort to free Aisyah, which included pressure from the president. The Indonesian justice minister had written to Malaysia’s attorney general seeking her release, citing problems with the case, and he agreed last week.

The women had always denied murder, saying they were tricked by North Korean spies into carrying out the Cold War-style hit using VX nerve agent, and believed it was a prank for a reality TV show.

Their lawyers presented them as scapegoats, saying that authorities were unable to catch the real killers. Four North Koreans — formally accused of the murder alongside the women — fled Malaysia shortly after the assassination.

The trial, which began in October 2017, had been due to resume Monday with the defence stage of proceedings after a break of several months.

But at the start of the hearing at Shah Alam High Court, prosecutor Muhammad Iskandar Ahmad requested that the murder charge against Aisyah be withdrawn and she be given a discharge, without providing a reason.

The judge agreed to a discharge not amounting to an acquittal, and ordered Aisyah’s immediate release. This means Aisyah has not been formally cleared of the charge and could, in theory, be re-arrested.

The news was a surprise as the court had only been scheduled to hear Huong testify Monday, and the Vietnamese woman was left in shock that she was not released alongside Aisyah.

“I do not know what will happen to me now. I am innocent — please pray for me,” the 30-year-old said. Her testimony was adjourned on Monday as her lawyers said they would also apply to get the charge against her dropped.