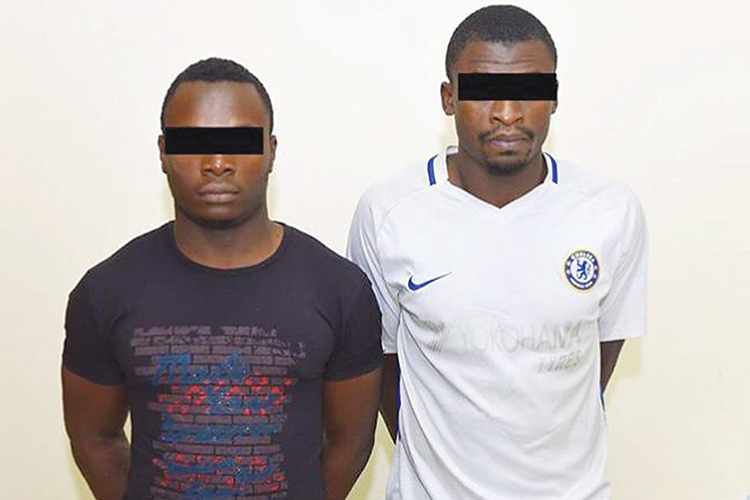 The two culprits confessed to their crime after being grilled by police.

SHARJAH: Officers of the Criminal Investigation Department at the Sharjah Police General Directorate have foiled an attempt to rob a shop by two African nationals in Sharjah.

The police were informed about the robbery after two African men were seen entering one of the shopping centres in Sharjah.

Immediately after receiving the information, police force patrols rushed to the scene to find that one of the thieves had been caught by the staff members, while the other escaped.

A security team was instantly formed to search for the suspect, and after intensive investigations, Sharjah Police successfully located and arrested him in Industrial Area 4.

The two culprits have confessed to their crime after being thoroughly investigated by police.

The suspects were referred to the Public Prosecution.

The Sharjah Police General Directorate praised the efforts by the police officers, and the important role of the mall’s security guards in foiling the theft attempt and immediately reporting the crime. Their courageous action led to the quick response of the police to pursue and arrest the thieves.

Such cases are considered to be a crucial issue in the society, and the police force extraordinarily have the ability to handle such situations while providing safety and security to residents.

Lastly, the Sharjah Police call upon all shopowners to insure their properties, shops and houses and install security systems and surveillance cameras, besides taking all required safety precautions. One must not hesitate to report any crime or offence punishable by law.

Sharjah Police have played a major role in reducing crime in the emirate by 58 per cent last year. This fulfilled the aim of securing Sharjah City and the Ministry of Interior’s objective of making the UAE one of the most secure countries in the world.

This was stated by Maj. Gen. Saif Al Zeri Al Shamsi, Commander in Chief of Sharjah Police during the Sharjah Media Forum on Tuesday.

He also stated that the sense of security among UAE citizens increased by 98 per cent in 2018.

Al Shamsi attributed such accomplishments to the crime fighting strategies adopted by Sharjah Police while implementing their plans.