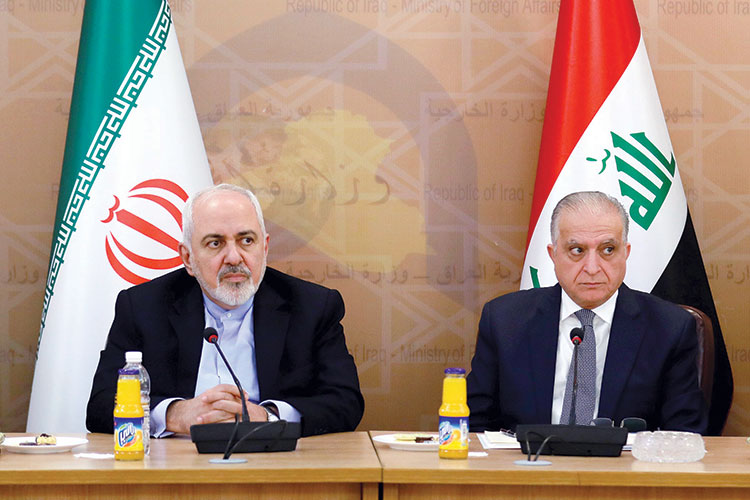 BAGHDAD: President Hassan Rouhani’s visit to Iraq this week is a strong message to the United States and its regional allies that Iran still dominates Baghdad, a key arena for rising tension between Washington and Tehran.

The first Iranian presidential visit to Iraq since 2013 is also meant to signal to President Donald Trump’s administration that Tehran retains its influence in much of the region despite US sanctions.

“Iran and Iraq are neighbours and no country can interfere in their relations,” Foreign Minister Mohammad Javad Zarif said after arriving in Baghdad to prepare for the visit.

Rouhani made clear last week the debt he believes Baghdad owes Tehran for support in the battle to defeat Islamic State. Iranian forces and the militias they back played a crucial role defeating IS in Iraq and Syria.

“If the support of the Islamic Republic of Iran didn’t exist then Baghdad and the Kurdistan region would have definitely fallen and Daesh (Islamic State) would dominate the region,” he said in comments published on his official website.

Iran mostly relies on other senior officials to conduct its dealings with Iraq, with which it shares an almost 1,500 kilometre (900 miles) long border. Most prominent of these has been Revolutionary Guards commander Qassem Suleimani, who was instrumental in directing the battle against Daesh in Iraq and Syria.

But as it tries to counter the pressure from US sanctions, Iran is seeking to shore up its political and economic influence along a corridor of territory it effectively controls from Tehran to the Mediterranean through Iraq, Syria and Lebanon.

“Tehran and its allies in Baghdad and Damascus achieved victory in the war against the Daesh but the Islamic Republic risks losing the peace,” said Ali Alfoneh, senior fellow at the Arab Gulf States Institute in Washington.

“Apart from Russian companies, UAE companies are aggressively trying to gain a foothold in Iraq and Syria, which would deprive Iranian companies of reaping the fruit of their war era effort.”