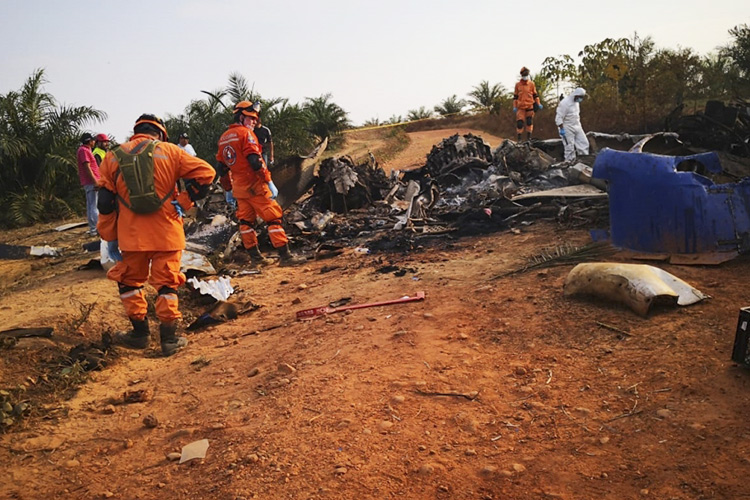 A DC-3 plane crashed Saturday near the city of Villavicencio, in the center-east of colombia, and its 12 occupants were killed, including a mayor, according to relief agencies, which initially attributed the incident to the failure of an engine. Photograph: AFP

BOGOTA: A plane crash in Colombia killed 12 people on Saturday, including a mayor and her family, aviation and emergency services said.

The Douglas DC-3 aircraft, an American-made twin-engine propeller plane that was first produced in the 1930s, crashed in the center-east of the country on a flight between the towns of San Jose del Guaviare and Villavicencio.

A fire department official told AFP it then caught fire. "Unfortunately... there were no survivors," the Aeronautica Civil aviation authority said, adding that the wreckage was found close to Villavicencio.

Among the victims was the mayor of the municipality of Taraira, Doris Villegas, and her husband and daughter, as well as the owner of the aircraft, pilot Jaime Carrillo, co-pilot Jaime Herrera and an aviation technician identified as Alex Moreno.

President Ivan Duque paid tribute to the victims on Twitter.

"My solidarity with the families," he wrote. The Defensa Civil emergency services put the death toll at 12, with director Colonel Jorge Martinez suggesting an engine failure could have caused the crash.

"At the moment of flying over the municipality of San Martin, an engine turns off and the pilot ... tries to land ... but it gets out of control," he theorized to RCN news channel. But Aeronautica Civil gave no details on a cause and asked the press to show restraint in using images circulating on social media "out of respect for the victims and their families."

Meanwhile, the fire department confirmed the flight had not faced unfavorable weather conditions.

The plane was operated by Laser Aereo, a cargo and passenger transport company.

Contacted by the AFP, the company declined to comment on the accident.Article