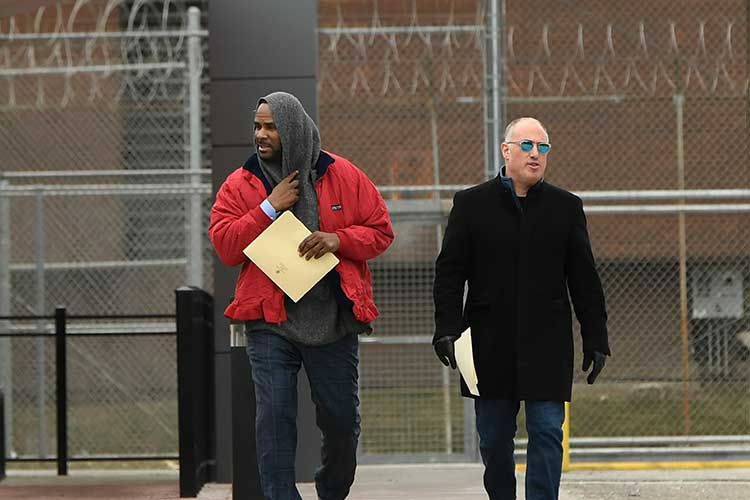 R. Kelly walks with his attorney Steve Greenberg after being released from Cook County Jail in Chicago. AFP

The R&B superstar was taken into custody Wednesday after failing to come up with the $161,000 he owed in payments to his ex-wife and their three children.

"I promise you we're going to straighten all this stuff out," Kelly, 52, told journalists as he left prison.

It was the second time Kelly was freed from the Cook County jail in his hometown Chicago.

He also exited the prison on February 25 after taking several days to arrange payment of a $100,000 bail for a separate case that saw him accused of sexually abusing four women, including three teenagers.

Kelly is due back in court in both cases later this month.

The abuse in the criminal case is alleged to have occurred between May 1998 and January 2010.

The details of the case echoed previous accusations of sexual misconduct that have dogged the artist for the last two decades.

In 2002, he was criminally charged for allegedly filming himself having sex with a 14-year-old girl. He was tried in that case and acquitted of child pornography charges in 2008.

A 2017 BuzzFeed report later alleged he had kept women as virtual sex slaves at homes he owns in Chicago and Atlanta.