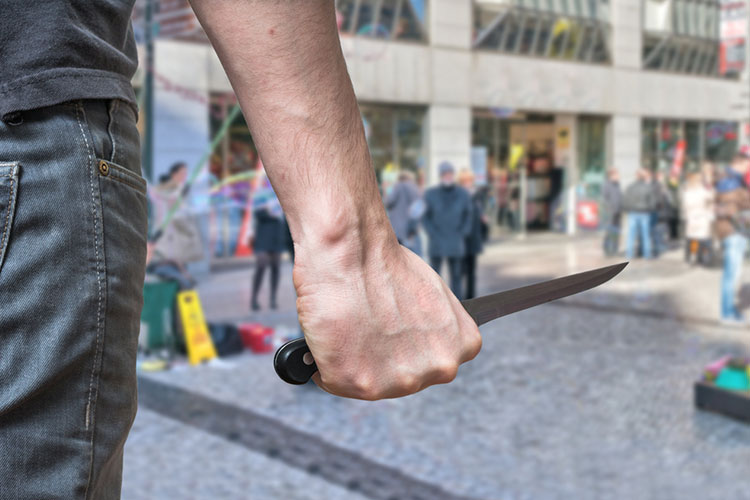 The court jailed them for one year after which they will be deported.

DUBAI: Two unemployed men who rushed out of a café to rob a female pedestrian and stabbed a man for trying to intervene will spend one year behind bars.

The Asian defendant, 23, and his cohort, 30, were sitting inside a café at a street in Al Muraqqabat at round 11.30pm on Sept.13 when they spotted the Filipina victim, 34, walking with an iPhone in her hand.

The defendant proposed they snatch the iPhone. The cohort snatched it and they fled in different directions. A Palestinian visitor intercepted the cohort. The latter was quick to stab his arm with a sharp tool.

They confessed before police and prosecutors. The Dubai Criminal Court convicted them of robbing the Dhs3,400 iPhone and assaulting the visitor. It jailed them for one year after which they will be deported.

In prosecution records, the victim said she was walking on the pavement of Salah Din Street on her way home with the iPhone-6 Plus in her hand. Two men came walking towards her from the opposite direction.

“One of them grabbed my phone and ran across the street. The other ran in a different direction and disappeared behind buildings. The visitor seized the one with the phone but the latter stabbed him and ran away.”

The visitor said, “I was walking when I heard the victim screaming on the other side of the street. A man ran across the street. I perceived he had done something wrong to her. I ran after him within parked vehicles.

“I seized him from behind, 500 metres away. I turned him to examine his facial features. He stabbed my left arm with a sharp tool. I let go of him for fear he would stab me again. He continued running and disappeared. My arm sustained a swelling. An ambulance arrived and treated me at the scene.”

An Emirati sergeant said a source directed cops to the defendant’s hideout in Al Garhoud. Upon arrest he said his cohort sent the phone to their homeland. The cohort upon arrest claimed he threw it into a trash container after failing to open it because it had a password.