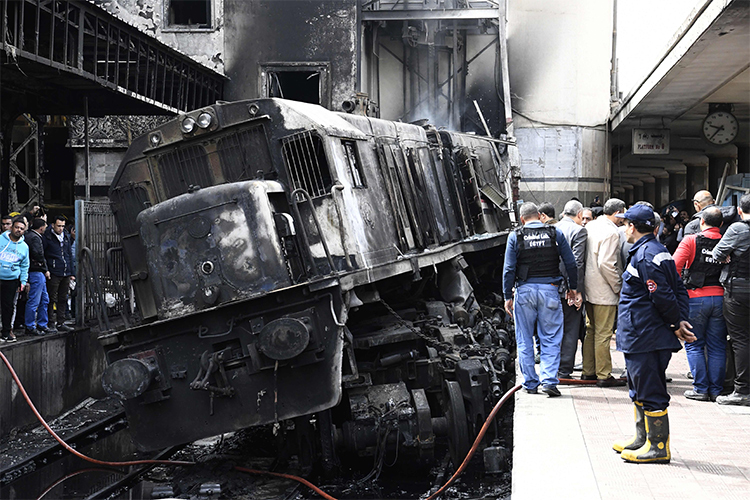 The accident, which sparked a major blaze at the Ramses station, also injured 40 others, the sources said.

The fire broke out after a train crashed into a steel barrier, the sources said.
Photos showed a thick cloud of black smoke billowing around the station. Firefighters were seen hosing down the charred wreckage of the train. 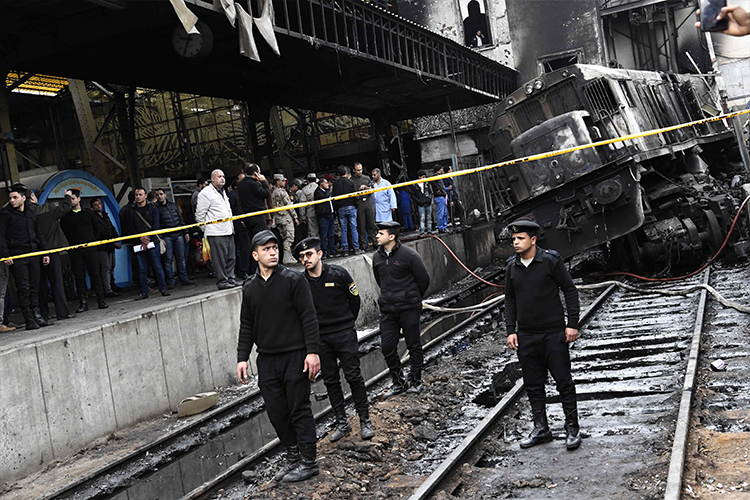 Footage also showed fire engulfing the train and a nearby platform and people rushing to help the casualties.

Ambulances and rescue teams were dispatched to the site, medical sources said.
"Any person found to be negligent will be held accountable and it will be severe," Prime Minister Mostafa Madbouli said as he arrived at the site.

Egyptians have long complained that the government has failed to deal with chronic transport problems in the country, where roads are as poorly maintained as railway lines.

The official statistics agency says there were 1,793 train accidents in 2017.

Fire fighters and onlookers gather at the scene of crash in Cairo. Photographer : Khaled DESOUKI/ AFP

A member of security forces gestures as rescue workers and people gather at the scene. Photographer: Amr Abdallah Dalsh/ Reuters