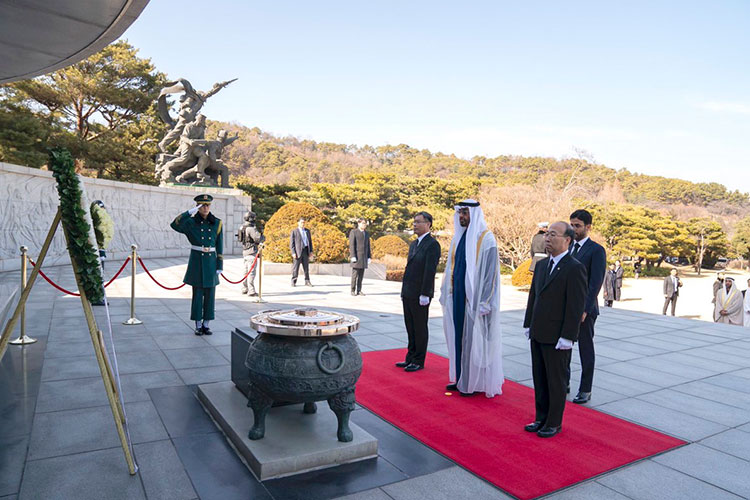 The Abu Dhabi Crown Prince took to Twitter and said, “I have arrived in South Korea, a country with which we have strong strategic ties. We look forward to opening new horizons of cooperation and forging constructive partnerships.”

Sheikh Mohamed Bin Zayed also visited the Memorial Tower at the Seoul National Cemetery, a landmark which honours the sacrifices made by the Korean people which were instrumental in the country's breakthrough towards progress, success and leadership.

Mohamed Bin Zayed said, “During my visit to the Samsung Semiconductor Research Center, I was very interested in expanding our cooperation with Korean companies and taking advantage of their expertise in innovation and the use of artificial intelligence.”