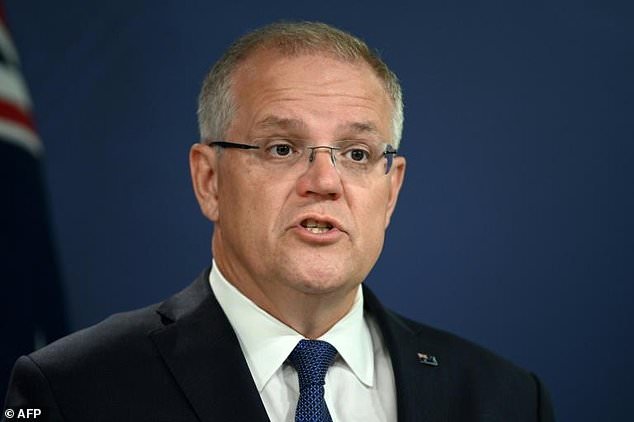 Painting a grim picture of a country threatened by terrorism, people smuggling, drugs, natural disasters and crime, Morrison argued the opposition Labor Party under its chief Bill Shorten were “asleep at the wheel” on security.

Australians are expected to go to the polls in mid-May to decide whether Morrison’s conservative Liberal Party gets a third term in government.

Polls show Morrison is personally popular but his party is heading for its biggest defeat in decades — something he hopes to turn around by pointing to a strong economy and an uncompromising stance on security and immigration.

Morrison argued he was uniquely suited to “dealing with the world as it is — uncertain, often dangerous, uncompromising, and at its worst — simply evil.”

“We have led, we haven’t followed. We have taken decisions rather than put them off to another day. And we have embraced tough calls rather than seeking to buy weak compromises for the purpose of politics.”

Morrison’s message is likely to resonate strongly with the hard right of his party and with Australia’s powerful conservative media outlets.

But Morrison, who became prime minister in a party coup last August against the more moderate Liberal leader Malcolm Turnbull, is gambling that a sense of fearfulness resonates with the broader electorate.

Australia frequently ranks in the top dozen safest places in the world.

Morrison’s minority government will face an early test of its policies this week, when members of parliament vote on a bill that would allow doctors to decide when asylum-seekers kept in offshore detention centres can be transferred to Australia for medical treatment.

The government has vowed never to allow asylum-seekers who try to reach the country illegally by boat to set foot in the country.

Morrison says the bill backed by Labor and independents would provide a back door for entry to Australia for such asylum-seekers and fuel a resumption of people-smuggling operations which have largely been choked off by the tough offshore detention policy.

No Australian government has lost a vote on a substantive matter of policy in almost 100 years. A loss for Morrison could trigger an early election.