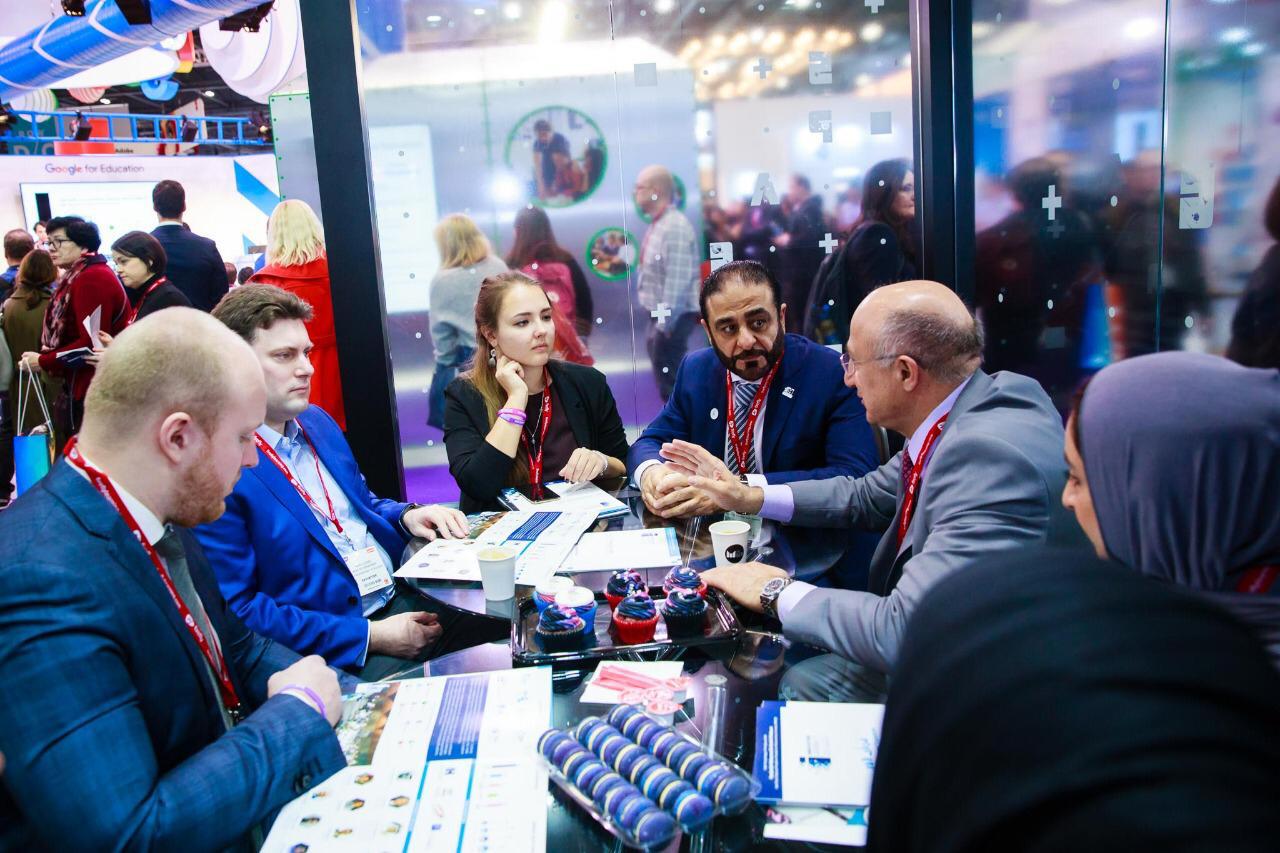 The participation in the educational trade fair ‘Bett Show’ in London is part of the commitment at Hamdan Bin Mohammed Smart University to represent the UAE in international forums.

Dubai:: Hamdan Bin Mohammed Smart University (HBMSU) and INDEX Conferences and Exhibitions achieved an outstanding participation in the annual educational trade fair ‘Bett Show’ in London, with the aim of promoting Innovation Arabia 12– a pioneering conference and exhibition dedicated to ‘innovation’ in the Middle East.

The delegation was headed by Dr Mansoor Al Awar, Chancellor of Hamdan Bin Mohammed Smart University and Chairman of the Higher Committee of Innovation Arabia and Dr Abdul Salam Al Madani, Chairman of INDEX Holding and Executive Chairman of Innovation Arabia. During their participation, the delegation met a number of key figures in the field of education such as  Hussain Ibrahim Al Hammadi, Cabinet Member and UAE Minister of Education, Dr Majid bin Ali Al Nuaimi, Minster of Education, Chairman of the Higher Education Council of the Kingdom of Bahrain and Abdulla Ebrahim Al Ahmed, Senior Vice President/Government Sales, Etisalat, UAE among others.

In addition to that, Dr Al Awar and Dr Al Madani have also visited Egypt’s Pavilion at Bett Show in London, where they met and held a number of discussions with Dr. Tarek Galal Shawki, Minister of Education and Technical Education of Egypt. They also held a meeting with Pavel Kuzmin, Director of Moscow Centre for Quality Education (MCQE), who discussed a number of ways to further collaborate in the future.

On this occasion, Dr Mansoor Al Awar, said, “Our participation in the educational trade fair ‘Bett Show’ in London is part of our commitment at Hamdan Bin Mohammed Smart University to represent the UAE in international forums. The current edition of the ‘Bett Show’ in London has proved to be the perfect platform to promote Innovation Arabia 12 Conference & Exhibition – an event that has established its presence as an interactive forum to share innovative ideas, and discuss the challenges and how to overcome them while focusing specifically on the recent trends and their positive impact on the social and economic development. within the framework of the partnerships between the research and academic institutions, universities as well as the public and private sectors. We are confident that our participation in such an educational fair would attract leaders, decision-makers and influencers to be part of the of Innovation Arabia 12, which reflects the directives of His Highness Sheikh Hamdan Bin Mohammed Bin Rashid Al Maktoum, Crown Prince of Dubai and the University President, to enrich knowledge and innovation as they are the driving force of economic growth and social development in the Arab world."