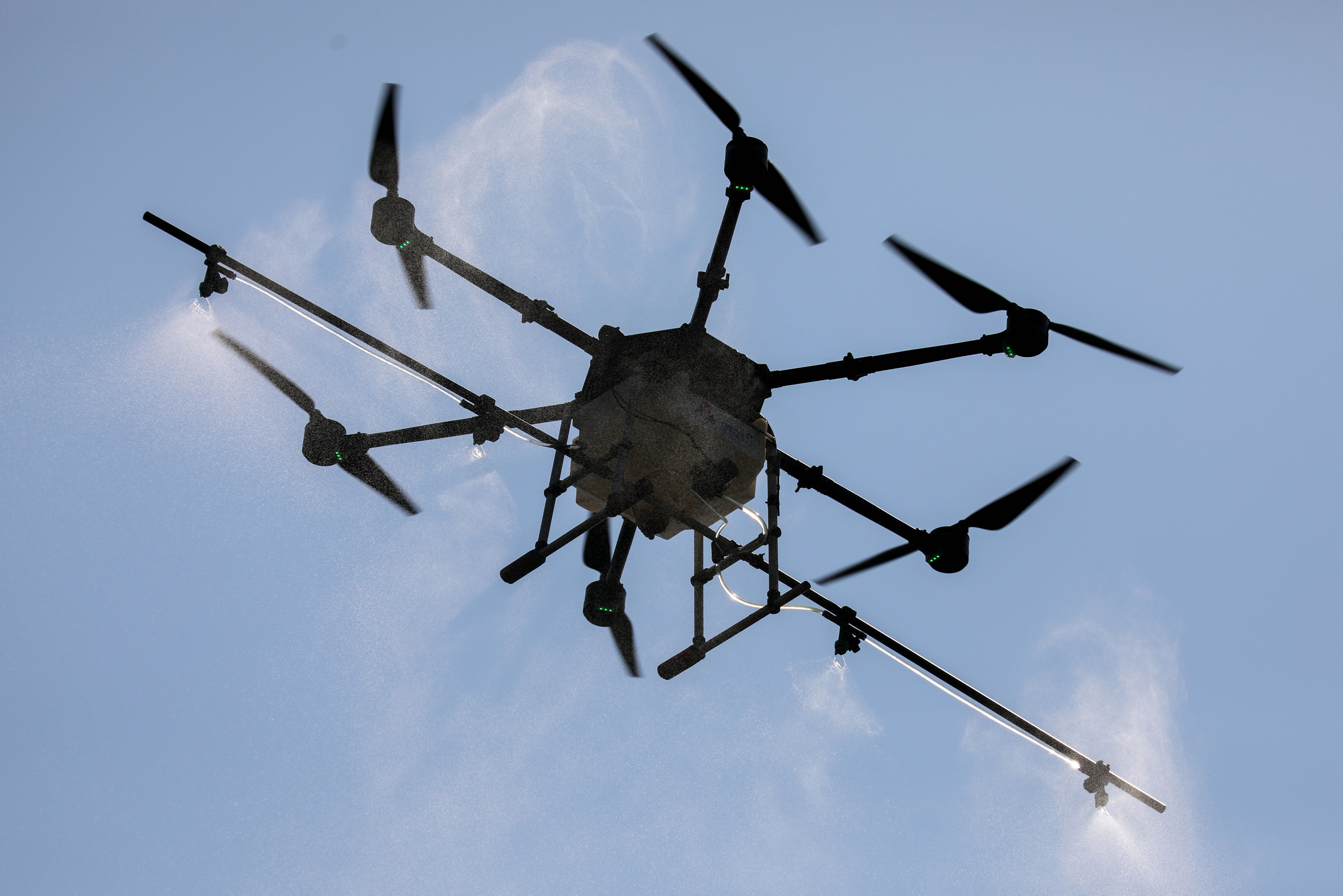 A worker operates drones as they spray chemicals during an operation to reduce air pollution in Bangkok, Thailand, on Tuesday. Reuters

LONDON: British budget airline easyJet said on Tuesday that drone disruption at London's Gatwick airport in December had cost it millions of pounds in lost operating revenue and additional costs.

The airline had a £5 million  ($6.44 million) revenue impact and £10 million extra cost after a mystery saboteur wrought 36 hours of travel chaos at London's second biggest airport, affecting 82,000 easyJet customers and cancelling over 400 of its flights.

Stripping out the affect of the drone disruption, easyJet's cost performance was in-line with expectations.