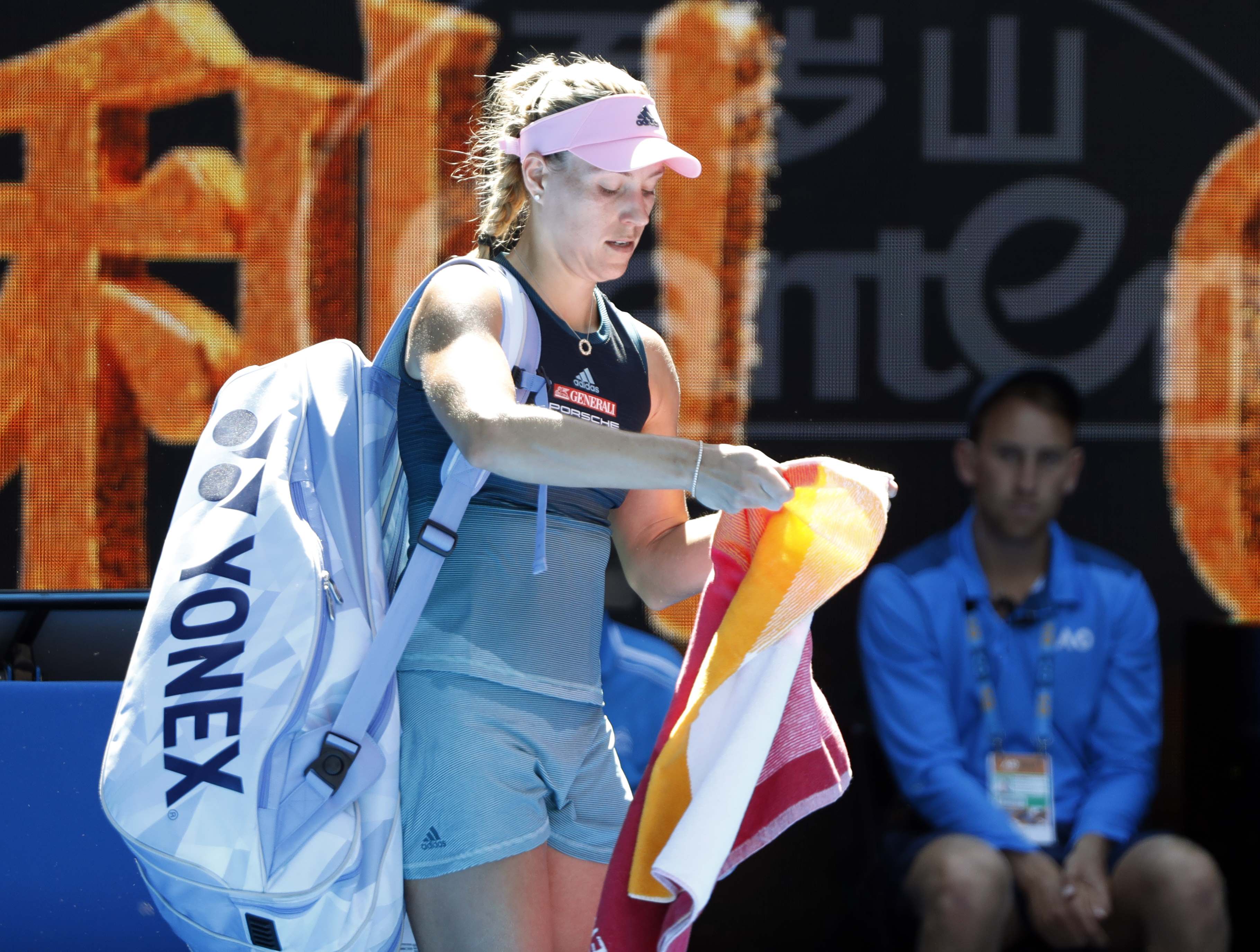 MELBOURNE: World number two Angelique Kerber was sensationally bundled out of the Australian Open on Sunday by a woman playing the event for the first time, as a rampant Rafael Nadal powered into the quarter-finals.

Hometown hero Ashleigh Barty also made the last eight after muscling past Maria Sharapova and will next meet Petra Kvitova, who matched her best Slam performance since a terrifying knife attack derailed her career.

Wimbledon winner Kerber, the bookies' favourite along with Serena Williams after defending champion Caroline Wozniacki was ousted early, was humiliated by American Danielle Collins 6-0, 6-2 in under an hour.

Ranked 35 in the world, Collins is little known after playing much of her tennis in the US college system and was making her debut in the main draw at Melbourne Park. She had never won a Grand Slam match before this year.

"I may not have won a Grand Slam match before this but I tell you, it's going to keep happening," said the 25-year-old. "I better have many more of these."

Collins said she held no fears about facing three-time Slam champion Kerber, who made the semis last year and won in 2016.

"I just go out fearless, just give it my all."

Her reward is a last-eight clash with either fifth seed Sloane Stephens or Russia's Anastasia Pavlyuchenkova.

Men's second seed Nadal, returning from foot surgery, barrelled past former world number four Tomas Berdych 6-0, 6-1, 7-6 (7/4) as he stays on track for an 18th Grand Slam title.
"I always say the same when I am back for injury," said the Spaniard. "I don't expect negative or positive things. I just try to do my work every day and just be with (the) right attitude every single day."