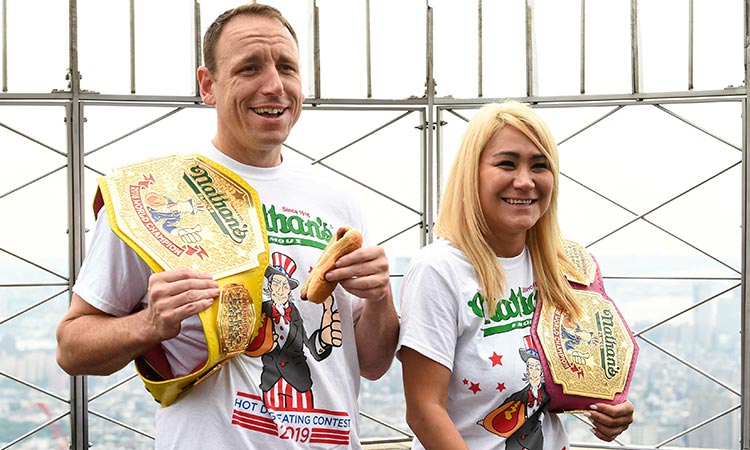 Chestnut 35, said on Wednesday that he'll "find a rhythm and do what it takes" to win the Fourth of July eat-off in Brooklyn's beachside Coney Island neighborhood.

Chestnut joined other competitors at the Empire State Building for the weigh-in for Thursday's Contest.

The Mustard Belt is displayed with hot dogs during the official weigh-in ceremony. Reuters

Chestnut ate 74 wieners and buns to claim the 2018 title. Sudo ate 37 to triumph on the women's side.