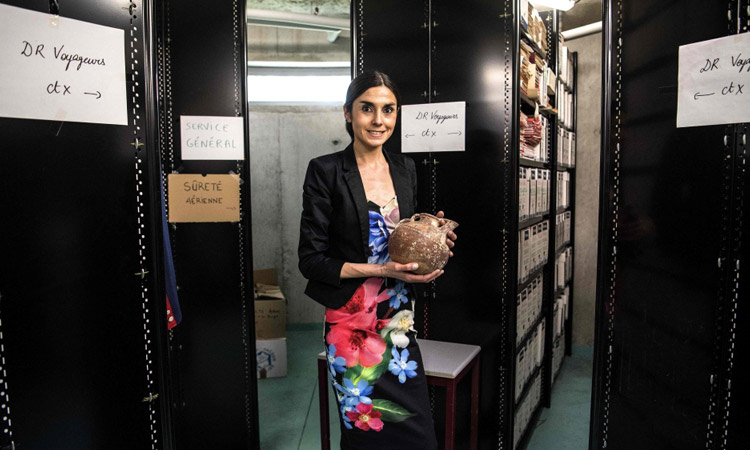 French Customs official Anne-Sophie Vitoux holds an artifact before handing it over to a Pakistani embassy official at Roissy airport. AFP

France returned more than 400 stolen artifacts, (with an estimated value of ($157,000), to the government of Pakistan, including ancient busts, vases, urns and goblets, some dating to the second and third millennia B.C.

Many of the pieces turned up in France in September 2006, sent in parcels addressed to a gallery in Paris.

The packages were intercepted by customs officers at Roissy Charles de Gaulle airport and identified by the National Centre for Scientific Research as items looted from cemeteries in Pakistan's Indus valley. 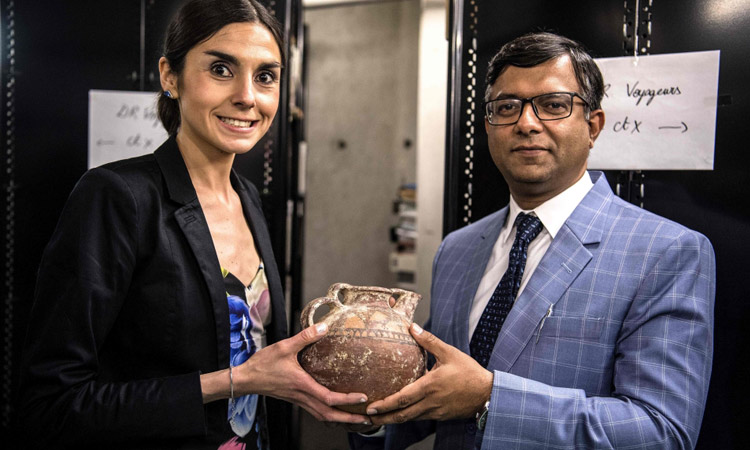 Another consignment of pottery and terracotta pieces destined for the same gallery was stopped two weeks later. And during a search of the unnamed gallery's premises, customs officers seized several hundred more ceramic pieces.

In a ceremony held at Pakistan's embassy in Paris, 445 artifacts were handed back to Pakistan on Tuesday. 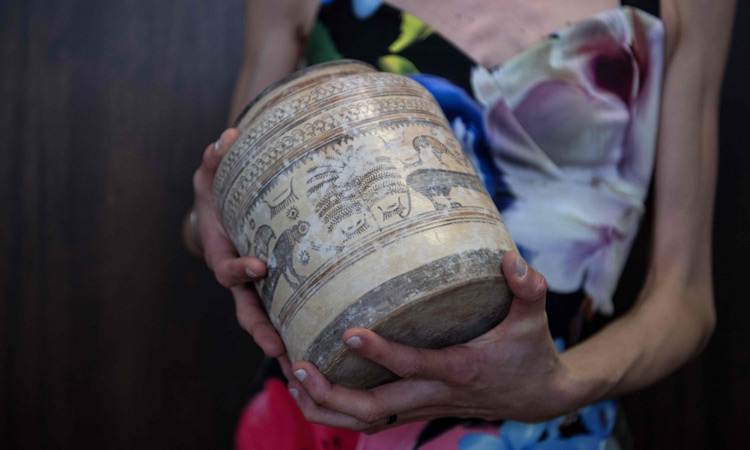 Anne-Sophie Vitoux holds an artifact before handing it over to a Pakistani embassy official in Paris. AFP

"It is indeed a special moment for Pakistan," said Muhammad Majad Aziz Qazi, the head of mission. "It is also an emotional moment for us. We believe, today, that a part of Pakistan’s heritage is coming back to its homeland."

Qazi said arrangements were being made to send the treasures back to Islamabad as soon as possible.

"Hopefully soon ... you will find them in one of the best museums that we have in Pakistan."

While the gallery that was the intended recipient of the loot has not been named, French officials said it was likely to have been hit with a fine of between 100,000 and 200,000 euros for receiving stolen goods. 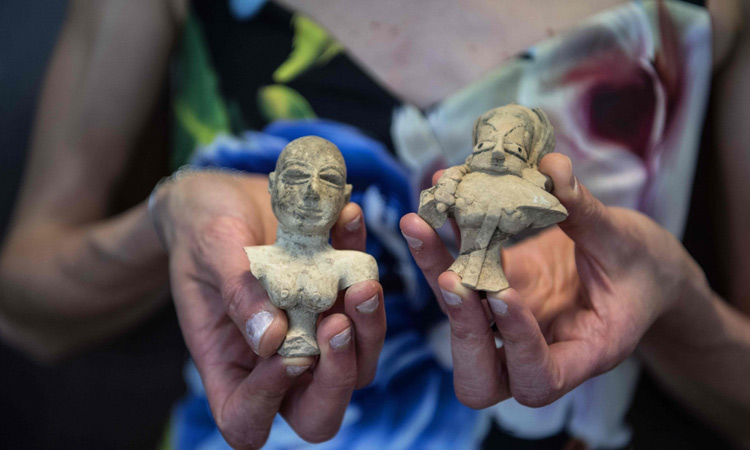 Anne-Sophie Vitoux holds artifacts before handing them over to a Pakistani embassy official. AFP

Aurore Didier, a specialist in South Asian archaeology, said Baluchistan in southern Pakistan had suffered widespread theft of ancient artifacts, making it ever harder to gather anthropological data on the peoples who once lived there.

"It was not only greedy smugglers that encouraged it but the international art market as well," she said. "These lootings used to be prevalent in this region of Balochistan."

French President Emmanuel Macron has made a point of seeking to return ancient artworks to regions where they originated.

Last November, he announced a plan to give dozens of objects held in French museums back to Benin, a former French colony.

A number of artifacts have been returned this year to Peru and from 2014-2017 more than 250 pieces of Egyptian antiquity were returned to Cairo after they were discovered in the baggage of a British resident travelling to London.