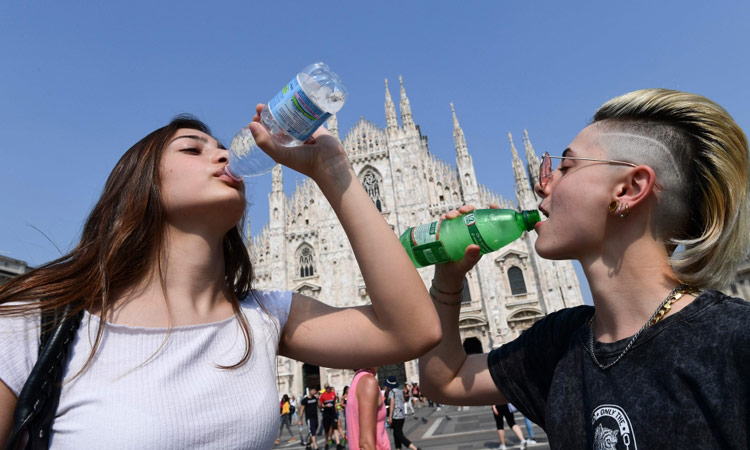 Women drink water in front of the Duomo in central Milan during a heatwave on Thursday. AFP

French authorities announced school closures and traffic restrictions as swathes of Europe continued to wither under a powerful heatwave.

Residents and tourists alike cooled off in fountains, rivers and lakes from Paris to Munich as the mercury remained stubbornly in the upper 30˚C. Parts of southern France and Spain recorded temperatures above 40˚C. 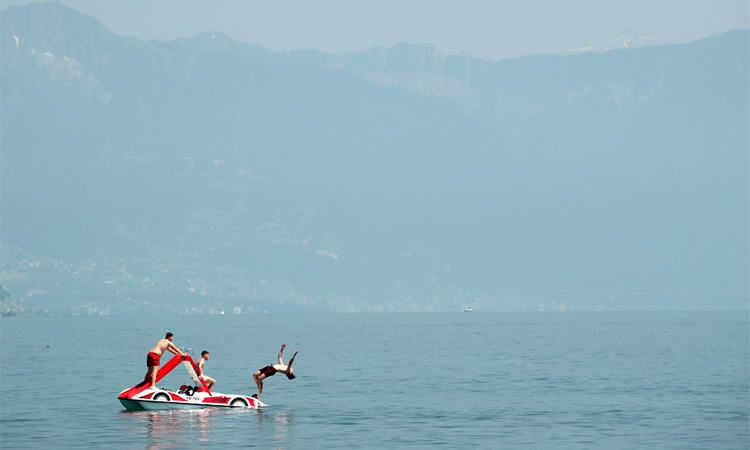 A  boy jumps from a pedalo into Lake Leman during a heatwave in Lausanne, Switzerland, on Thursday. Reuters

Even the animals got special attention as Berlin zoo fed frozen bananas to its primates.

In the eastern German state of Brandenburg, police tweeted a picture of a man they had stopped for riding a moped wearing nothing but a helmet. Lawmakers in the state of Hesse were allowed to wear shorts in the regional assembly. 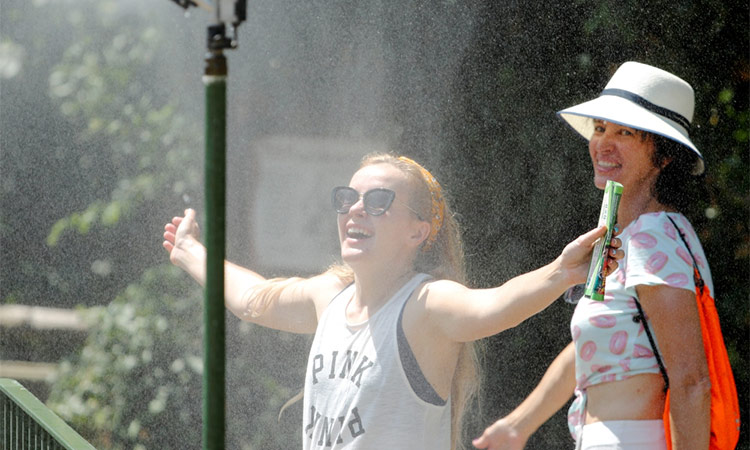 Two visitors seek relief from heat as they are wet from a water sprinkler at a zoo in Rome. Reuters

At the Vatican, elderly and infirm pilgrims watched Pope Francis' weekly audience on large screens in an air-conditioned auditorium to avoid the sweltering temperatures gripping Rome.

Those gathered outside on St Peter's Square shielded themselves with umbrellas.

"It is about faith. I think it is wonderful that so many people come here with this sun at this time to be near the Holy Father. It is a demonstration of faith," Spanish student Francisco Cuka said. 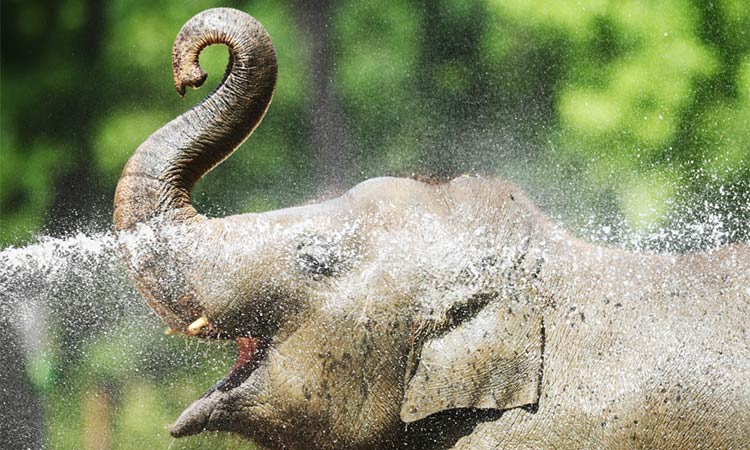 A zookeeper uses water to cool off elephants, as a heatwave is expected to reach the city, at the Berlin Zoo on Thursday. Reuters

The mass-selling German tabloid Bild offered readers tips on its website on how to stay cool. They included putting the duvet cover in the freezer before sleeping, sleeping with a rubber bottle filled with cold water and avoiding alcohol.

French and German authorities warned of water shortages, volunteers handed out bottled water to homeless people in Belgium and in Poland - which recorded its highest ever June temperature on Wednesday of 38.2˚C — the use of fans helped drive power demand to a record high. 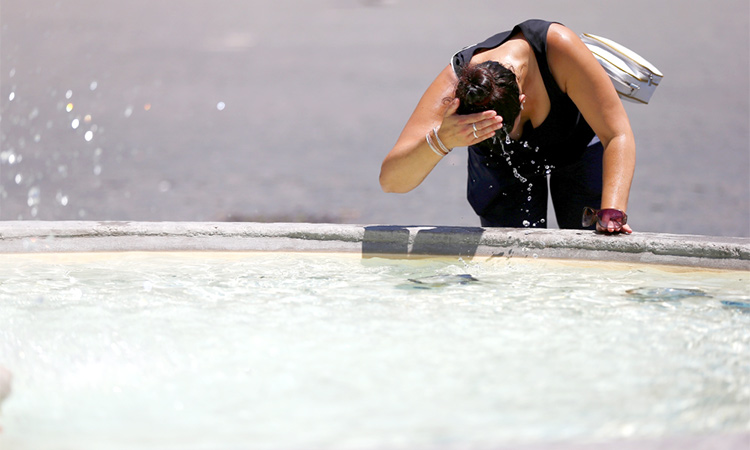 A woman cools off at a fountain in downtown Rome as a heatwave hits Italy. Reuters

Spain has said temperatures could exceed 42˚C in coming days, the highest since 1975.

"An increase in heatwaves is one of the clearest impacts of climate change," said Hannah Cloke, a professor at Britain's University of Reading. 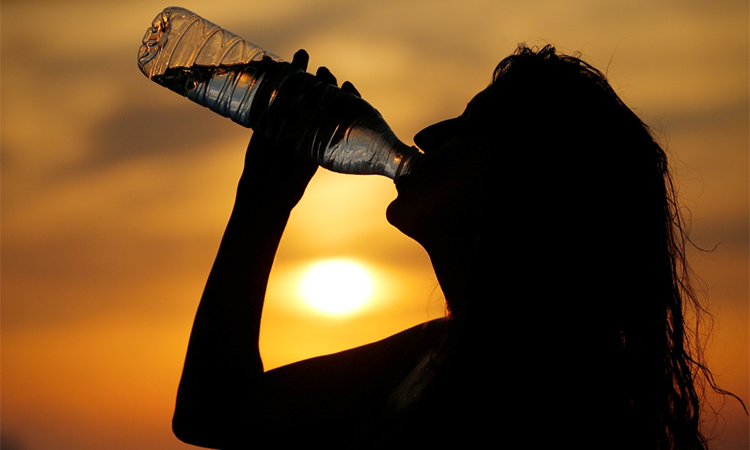 A woman drinks water during sunset as a heatwave hits France. Reuters

"Killer heat events of this kind will become even more widespread by the middle of the century in Europe, but this outlook could get worse unless action is taken to curb future greenhouse gas emissions."

In Paris and Lyon, French authorities imposed traffic restrictions to limit the environmental impact of the heatwave.

Even in Britain, which has so far evaded the heatwave and where music lovers heading to the Glastonbury festival in wellington boots in anticipation of the traditional downpours and muddy fields, meteorologists were predicting a blast of hotter weather at the weekend.