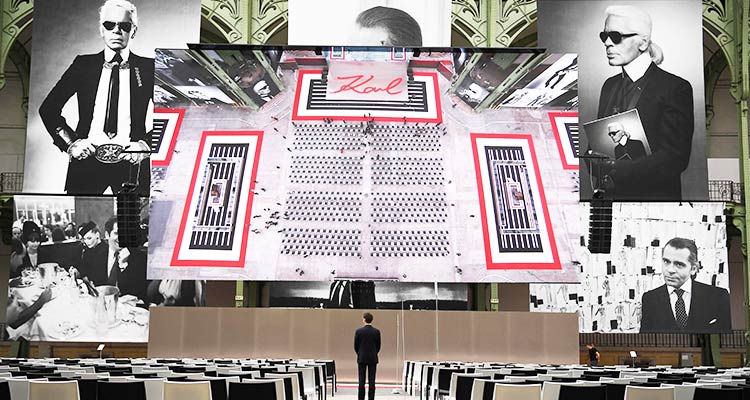 "Karl For Ever" had all the hallmarks of the big-budget productions that Lagerfeld loved to stage.

Some of fashion's biggest stars and celebrity fans paid a joyous tribute Thursday to the late great Karl Lagerfeld in the vast Paris venue that witnessed his greatest triumphs.

It was quite a turnout for a man who declared that he'd "rather die" than have a big sendoff.

The show they called "Karl For Ever" had all the hallmarks of the big-budget productions that Lagerfeld loved to stage in the Belle Epoque Grand Palais -- stars, breathtaking set pieces and style in spades.

US model Gigi Hadid arrives for the "Karl For Ever" event to honour late German fashion designer Karl Lagerfeld.

British actress and model Tilda Swinton performs on stage during the "Karl For Ever" event.

US singer and music producer Pharell Williams performs on stage during the "Karl For Ever" event.

German model Claudia Schiffer arrives for the "Karl For Ever" event.

Vogue maven Anna Wintour began the tributes in front of the most powerful man in fashion, LVMH owner Bernard Arnault, who gave Lagerfeld a job for life at Italian label Fendi.

The reclusive Alain Wertheimer, who co-owns Chanel with his brother Gerard, signed a similar "till death do us part" contract with the German, and it made him one of the richest men in France.

He gave his first interview for the occasion, praising Lagerfeld's legendary erudition. Filmed sitting in front of the Kaiser's vast private library, he said, "It is not worth talking about the things that Karl Lagerfeld did not know."

A procession of the designer's friends, including the lady who looked after his cat Choupette -- now apparently the richest feline in the world -- were shot against the same backdrop reminiscing about the sometimes waspish wit who died aged 85 in February.

Their testimony on a giant video screen was intercut with live readings, dance and musical performances from artists that Lagerfeld loved.

French first lady Brigitte Macron, who Lagerfeld adored for her culture and acute sense of style, was also among the guests, while the model and actress Cara Delevingne played his favourite creature, a cat. 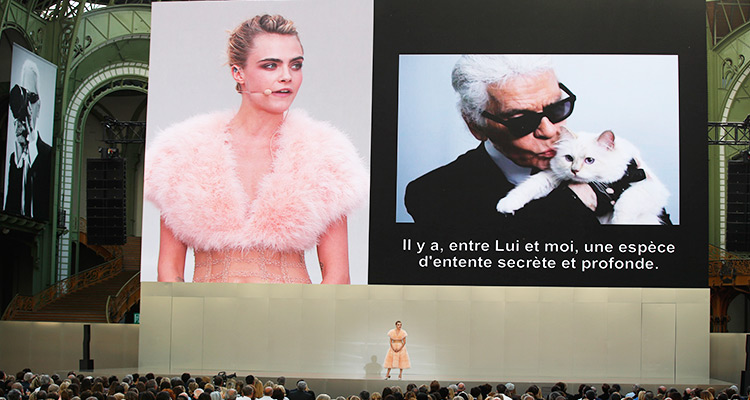 The creator had a particular weakness for tango, and the acclaimed Argentine troupe German Cornejo flew to Paris from Buenos Aires to perform what Lagerfeld call his "Latin rap".

The American dancer Lil Buck gave the dying swan a street twist -- combining high and street culture, something at which Lagerfeld was also expert -- while Williams sang "Gust of Wind" backed by two dancers.

But the show, as Lagerfeld would have wanted, was more about laughs than tears, with Mirren reading some of his acidly funny "Karlisms" to the strains of Paganini played by British violinist Charlie Siem.

The French actress Fanny Ardant recited the Stephane Mallarme poem "The Fan", a wink at the object Lagerfeld used as his conductor's baton as well as to bat away smoke when he went to parties.

"I am very much down to earth. Just not this earth," as the aristocratic dandy with the curious common touch once said.