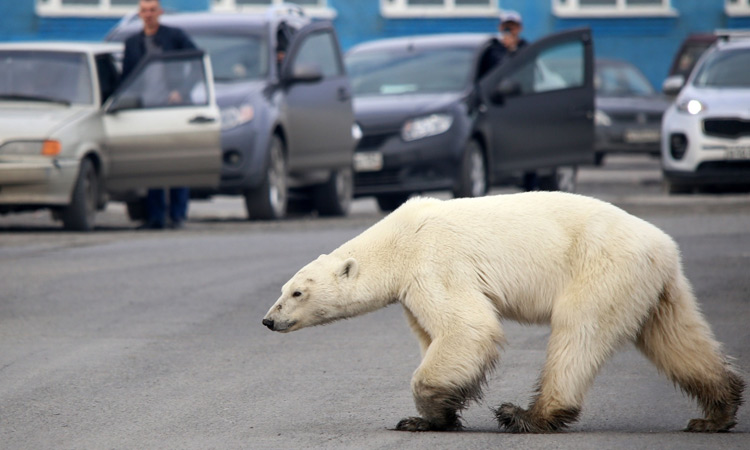 A stray polar bear walks on a road on the outskirts of the Russian industrial city of Norilsk on Tuesday. AFP

Emergency officials in the city of Norilsk in a statement on Tuesday warned local residents about a bear that has been spotted in one city district.

Anatoly Nikolaichuk, chief of the local hunting department, told the Tass news agency said that the last time a polar bear was seen in the area around Norilsk was more than 40 years ago. He said that local officials will now decide whether they can catch the animal and airlift it back to the north.

Images of the visibly exhausted animal roaming the roads of the Arctic city in search of food have been widely shared on social media in Russia. 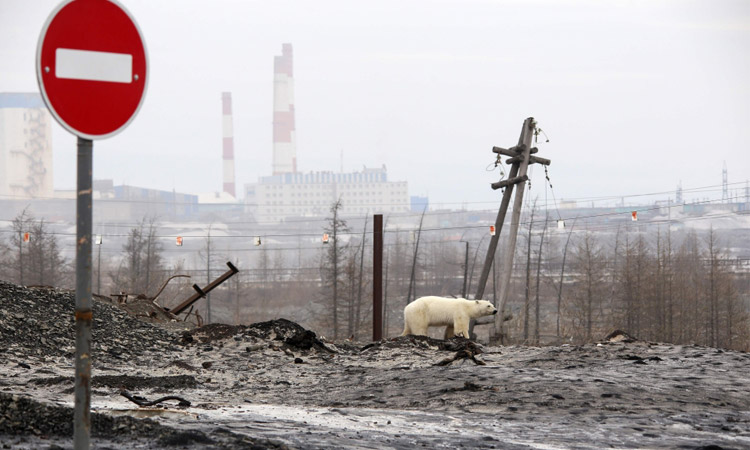 A stray polar bear is seen outside Oktyabrsky mine on the outskirts of the Russian industrial city of Norilsk. AFP

"He is still moving around a factory, under observation by police and the emergency services, who are ensuring his safety and those of residents," environmental services official Alexander Korobkin told AFP.

A team of specialists are set to arrive Wednesday to inspect the animal and decide its fate. Polar bears are increasingly wandering into human-inhabited areas in northern Russia as climate change and regional development affect their own habitat and food supply. However such sightings so far away from the ice are rare.

In February, a state of emergency was declared after dozens of the animals approached a village in the far northern Novaya Zemlya archipelago, with several exploring streets and buildings.

Environmentalists say wild animals are suffering from the shrinking hunting environment and the receding ice as the Arctic is getting warmer, and some of them have ventured south in search of food. 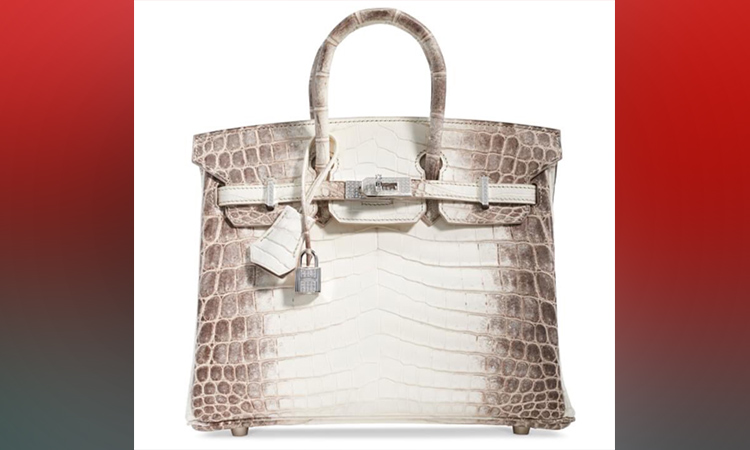