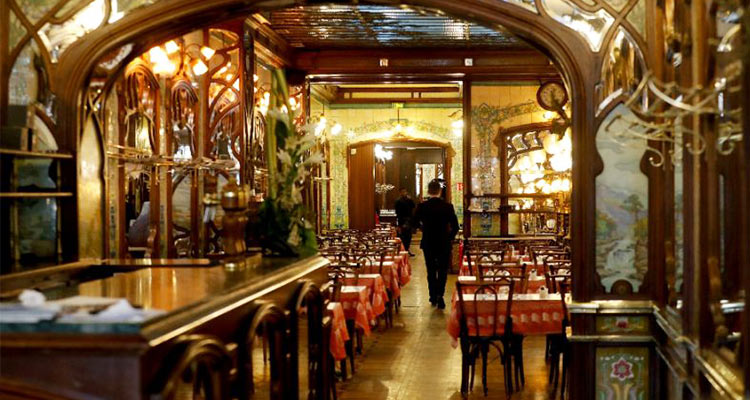 Savvy and often stylish Parisians are eager to sit down to one of the best value meals in the French capital.

Every weekend a queue snakes down the street not far from the Moulin Rouge in Paris.

This is not some hoard of clueless foreigners easy prey for the tourist traps that dot Pigalle and Montmartre.

These are savvy and often stylish Parisians eager to sit down to one of the best value meals in the French capital.

Earlier this month the Bouillon Pigalle's egg mayonnaise was voted the best in the world by a jury of French gastronomes, beating Michelin three-star restaurants and the version served up by President Emmanuel Macron's kitchen at the Elysee Palace.

For just 1.80 euros ($2) you can feast on this simple but exquisite French culinary classic.

So it is easy to see why the crowds are flocking there and to a clutch of other older and grander "bouillon" restaurants, which serve classic French comfort food at modest prices. 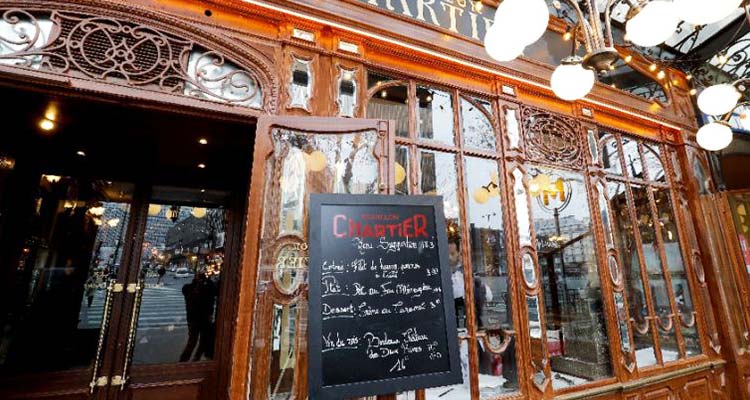 Bouillons were invented to serve up cheap soups and stews at speed to busy Parisians in the 19th century.

"Just look at this," he said, pointing at the enormous cream profiterole before him and then sweeping his hand out to take in the restaurant's original Belle Epoque decor.

"And they say the French no longer know to live!" he laughed.

The South Korean fashionistas at the next table, where singer Edith Piaf once dined daily, told AFP that it was their "favourite and cheapest meal" since they arrived.

One, Kim Bo-young, liked its thick paper tablecloths so much she wondered aloud about making a dress out of them.

Bouillons were invented to serve up cheap soups and stews at speed to busy Parisians in the 19th century.

"Bouillon" means broth in French, and it was from the restorative qualities of their principal dish that the word "restaurant" comes. 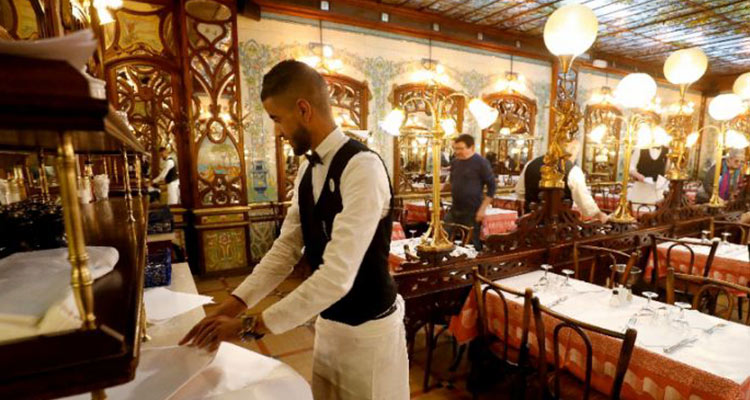 A century ago Paris had 250 bouillons before their numbers withered to just one.

"This is cooking that gives you a big hug in contrast to (top-end) cuisine which can be very refined and cold," he told AFP.

But Chartier boss Yann Hulin bristled at the thought that there was anything in the least trendy about what they were doing.

"We have just kept doing what we always did.

In another twist on the trend, the Mamma group also have diners queueing around the block at its Paris eateries for back-to-basics Italian trattoria food, with one restaurant-cum-street market set over 4,500 square metres (48,400 square feet).

He said his nostalgic menu was about rediscovering the joy of eating traditional French dishes that are being threatened by fast food, pizzerias and sushi joints.

A century ago Paris had 250 bouillons before their numbers withered to just one.

But the "strong demand we have found... for these dishes our grandmothers made" shows they very much have a future, Le Ho insisted.