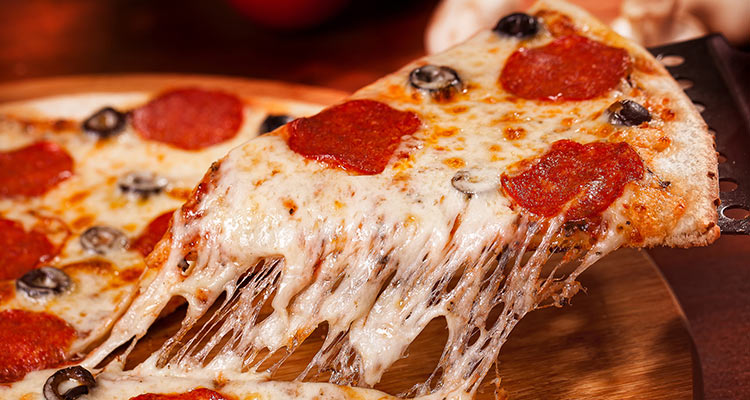 Groupon's pizza survey found that ordering the small is never worth it for value. TNS

Think again before you order a small pizza. The folks at Groupon analyzed data from 230 plain, specialty (think meat lover’s and Hawaiian) and one-topping pizzas from six national chains to find the best value.

Their conclusion is that you should “never, ever, buy the small pizza.”

Buying a large pizza is a better value and cheaper price than buying a small.

They calculated the surface area of the standard diameter of pizza measurement to determine the best price. Pizza prices from six of the largest national pizza places — Domino’s, Pizza Hut, Papa John’s, Casey’s, Papa Murphy’s and Little Caesars — were factored in. The average price for 2-3 slices of a 14-inch pizza came out to about $5 per person.

Groupon, an eCommerce business that offers deals on a variety of things to do, restaurants, travel and products, gave huge kudos to Detroit’s hometown local pizza chain Little Caesars for having just one size, a 14-inch pizza. They singled out Little Caesars calling them “…far and away the most cost-effective pizza chain out there.”

Here are some key findings gleaned from Groupon’s pizza survey:

A 16-inch pizza is actually two-and-a-half times more food than a 10-inch pizza. Price-wise, instead of spending $19.23, you’d be spending $32.76 on average on the small pizzas to equal the large. That’s a price increase of 70% for the same amount of pizza.

It’s better to split toppings across larger pizzas rather than ordering multiple small pizzas: an extra large pizza only costs about $4.50 per person, but a small will run you an average of $8 per person.

Papa John’s was the most expensive, compared to its pizza peers, but it had the steepest drop from their smallest pie to their largest. A small went from $8.70 per person to $5.83 per person for an extra large — a 32.9% discount.

The average calories-per-slice across the 230 pizzas was 305.19 calories.