Malaria can be dangerous - GulfToday

Malaria can be dangerous 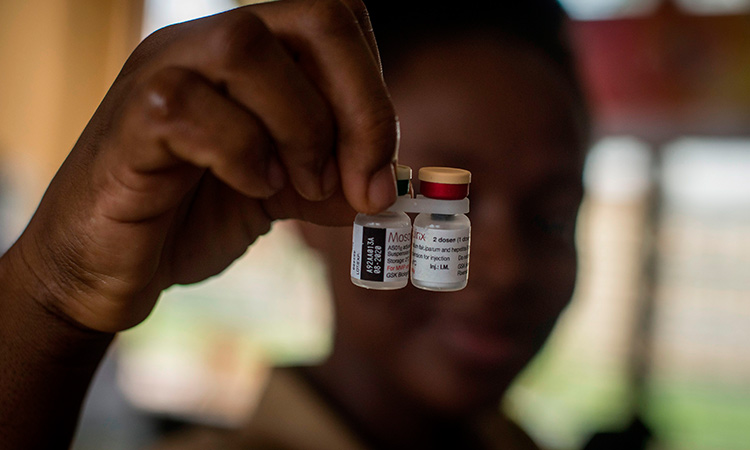 Abigal Aguanyi, a trader and mother in the West African nation of Ghana, knows first-hand how dangerous malaria can be — her two-year-old niece nearly died from it.

So when she heard that a new vaccine was being rolled out against the disease, that across the world kills a child every two minutes, she was one of the first to sign up her baby daughter.

The World Health Organization (WHO) says 219 million people were infected with malaria in 2017, more than 90 percent of cases occurred in Africa.

"Malaria is one of the oldest documented, most devastating maladies in our history.

In Ghana alone, there were 5.5 million confirmed cases of malaria last year, and many more suspected.

Six-month-old Blessing, Aguanyi's daughter, has received the first injection, like 360,000 other under two-years-old in Ghana, Malawi and Kenya, the three countries taking part in the landmark vaccine campaign.

Children are especially at risk from the deadly mosquito-born disease and babies were Ghana's first vaccine recipients last month in the southern town of Cape Coast, 150 kilometres (90 miles) west of the capital, Accra. 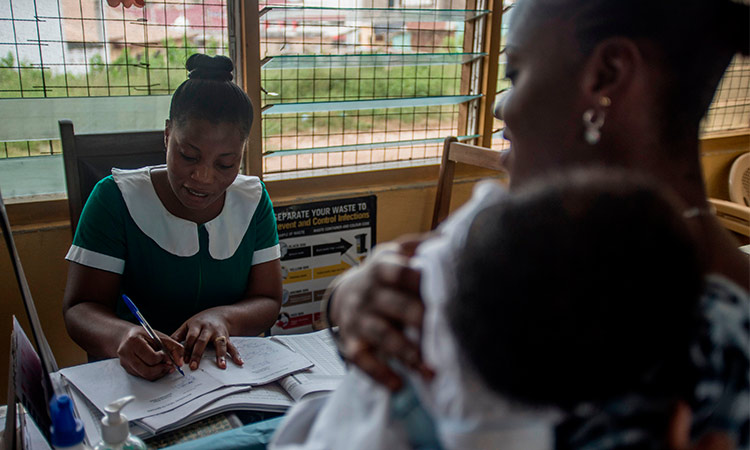 A nurse talks to a mother during a medical check-up and vaccination. Cristina Aldehuela/AFP

Known by its lab initials RTS,S, the vaccine is the result of more than three decades of development and almost $1 billion (890 million euros) in investment.

It has been developed by British pharmaceutical giant GlaxoSmithKline in partnership with the PATH Malaria Vaccine Initiative and financed by the Gavi public-private global health partnership.

The vaccine is an additional tool in the fight against malaria, but does not represent a magic bullet.

It was found to prevent approximately four out of 10 malaria cases, according to the WHO, which supports Ghana's health ministry in rolling out the vaccine. 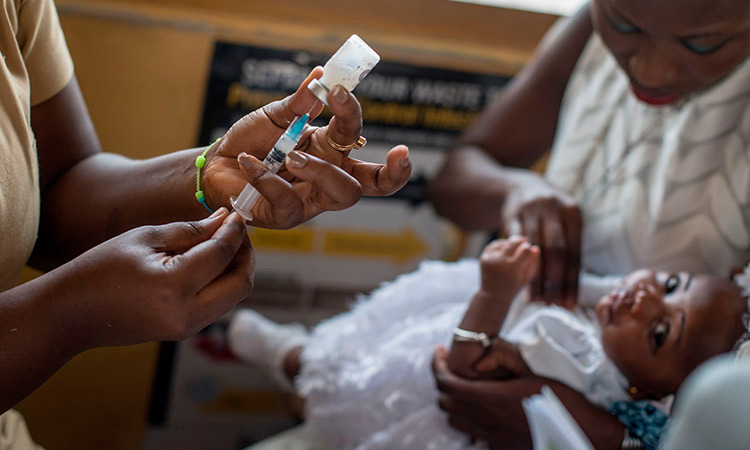 A baby receives vaccine by a nurse at the maternity ward of the Ewin Polyclinic in Cape Coast, Ghana. Cristina Aldehuela/AFP

Ellen Apraku, a nurse, explained to waiting parents when to come back for the remaining injections.

She and her medical colleagues voiced hopes that the vaccine could one day replicate the success of the polio vaccine.

"I hope this will help us to be able to eliminate malaria, so Ghana can be a malaria-free country," said Justice Arthur, the doctor running the Cape Coast clinic. 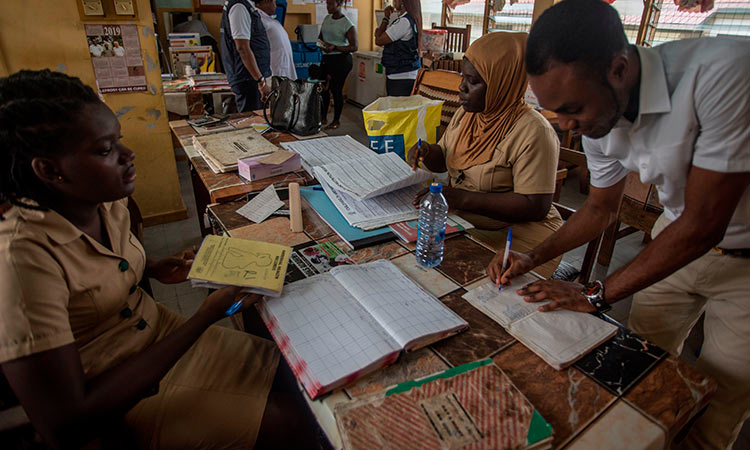 If the campaign is widened out, it will be a good starting point for child immunisation and a means for medics to help prevent the infection of parents too, the doctor said.

"Malaria is one of the oldest documented, most devastating maladies in our history," said Owen Kaluwa, Ghana's WHO chief.

"We, in Africa, bear the brunt of its toll."

Malaria is spread to people by mosquitoes, which transfer the parasite while sucking blood from humans.

"The disease saps our productivity and prosperity," Kaluwa said. "It keeps our people in poverty."