A century ago, Twin Cities was a surprising hub of hand-sewn haute couture - GulfToday

A century ago, Twin Cities was a surprising hub of hand-sewn haute couture 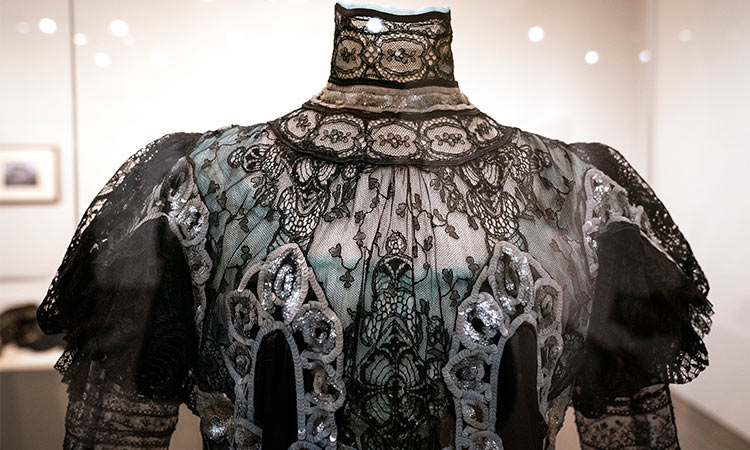 Two years ago, Minnesota Historical Society textile curator Linda McShannock sat down to dinner with her counterpart at the Minneapolis Institute of Art, Nicole LaBouff. It was like any other night except for one thing: They were both thinking about the same painting at Mia, Robert Koehler’s “Rainy Evening on Hennepin Avenue.”

At first glance, the 1902 work could depict a gloomy day in London or Paris — there’s something cosmopolitan about this Impressionist- inspired Minneapolis street scene, with women wearing intricate dresses, men in natty suits, a kid walking a dog, and a streetcar approaching in the distance.

“We were talking about this amazing dress in the Minnesota Historical Society collection, and wouldn’t it be amazing to put the dress with this Robert Koehler painting,” said LaBouff.

A light bulb went off for the two seasoned curators, who have teamed for a tightly focused exhibition of tightfitting dresses — corsets and all. “The Art of High Style: Minnesota Couture 1880-1914 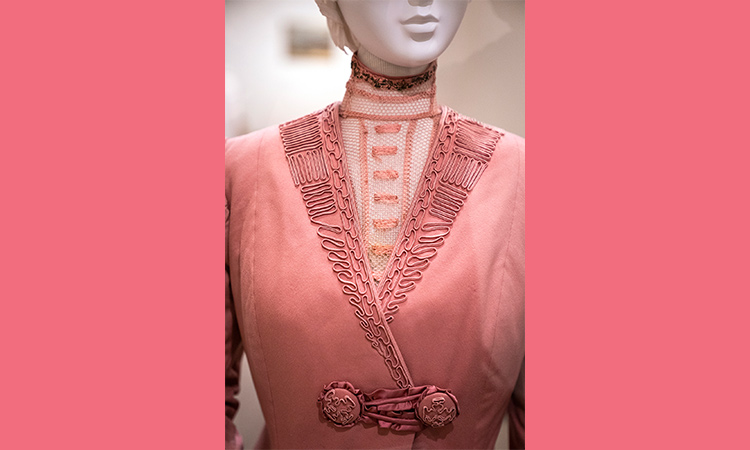 A traveling suit from 1906 created by  designer Julia Tomasek. TNS

The decades before World War I marked a shift in the worldliness of the Twin Cities, which weren’t even established until the mid-1800s.

“During that time period, over 500 dressmakers advertised in the newspaper,” said McShannock. “At the Historical Society, we have 25 of those names represented and about 100 of the dresses. In this exhibition we represent seven of those dressmakers.”

FACES BEHIND THE FASHIONS

Half of the exhibit focuses on the rise of the Twin Cities through the railroad industry and the dressmakers’ cultural connection to Europe, while the other half focuses on the technical craft of couture, dressmaking and body shaping. 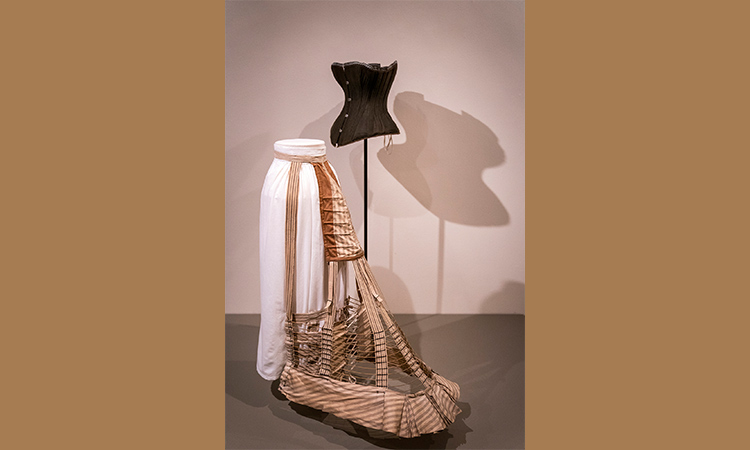 A corset and skirt train extender used in women's fashion in the late 1800s and early 1900s. TNS

Old black-and-white photographs of the designers and the working-class seamstresses who made the high-end couture give faces to the women behind the fabric.

Even though the dresses are behind glass, they seem to come to life, as if they have all just walked out of the “Rainy Evening” painting.

Couture dressmakers like Molloy made annual trips to Europe, traveling by train to the East Coast, then by ship. The development of the Great Northern Railway in 1889

Though the exhibition is focused mostly on dressmaking, the curators also included Hill’s gorgeous tuxedo and waistcoat, custom-made by Schaub Brothers, St. Paul’s leading tailor, for the 1901 wedding of his son Louis. 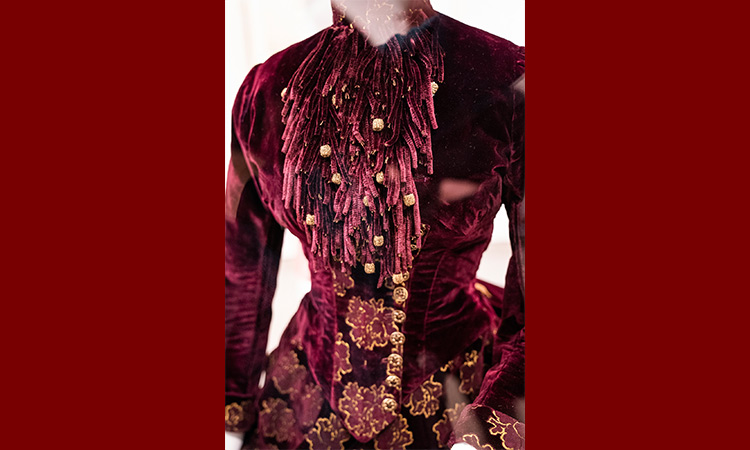 A velvet evening dress by Mary Worley of  from 1886. TNS

“His suit is not just a suit,” said Historical Society textile conservator Ann Frisina, who collaborated on the show. “It’s the garnet buttons and gold cuff links — details that give you a better image” of Hill’s personality and position.

Each outfit took about 25 hours to restore. That includes humidifying it with a handheld steamer to restore its original shape; building the perfect mannequin, and replacing or updating any pieces that may have deteriorated.

Deodorant wasn’t invented until the 1920s, and couture gowns were made of difficult-to-clean material

Still, during the humidifying process Frisina discovered the residue of skin, powder and sweat — and even juicier details. 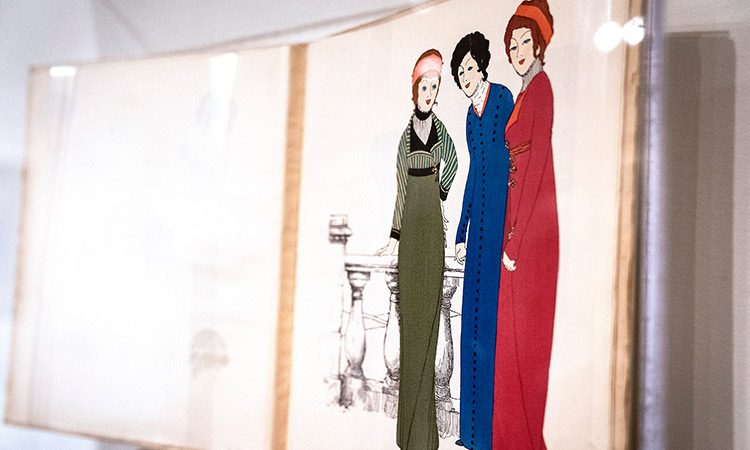 An illustration by Paul Iribe of designer Paul Poiret's gowns in 1908. TNS

“Sometimes I get a whiff of perfume,” she said. “That’s where you find the secrets.”

The type of perfume a woman wore suggests her personality. There’s an intimacy to it, too, she said: “What kind of perfume she wore is something nobody would know except her husband and her maid.”

This heyday didn’t last forever, of course, thanks to the rise of ready-to-wear and of department stores, which changed the landscape for working women by offering them more lucrative opportunities as sales clerks. A seamstress in a couture shop might earn $5 per week — a livable wage if she boarded with a family or had a roommate, but it didn’t provide for much else.