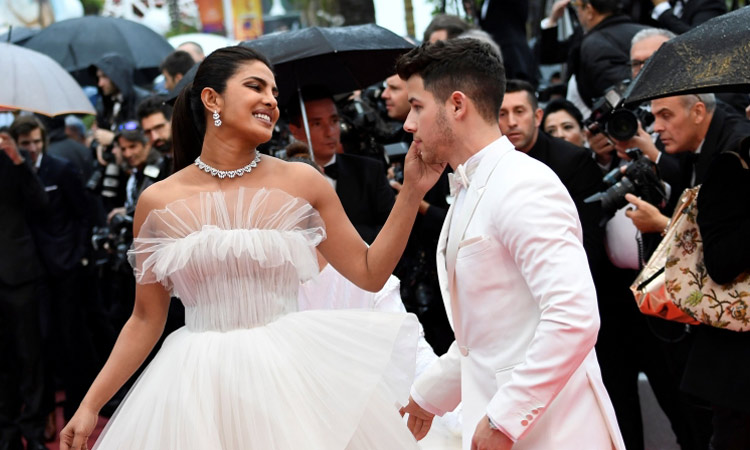 Priyanka Chopra and Nick Jonas arrive for the screening of 'The Best Years of a Life' at the 72nd edition of the Cannes Film Festival. Christophe Sim / AFP

Singer-actor Nick Jonas was not able to join his wife Priyanka Chopra Jonas for her debut appearance at the red carpet of the 72nd edition of Cannes Film Festival, but he arrived in time to accompany her on the second day of the gala.

The two were spotted walking hand-in-hand in the French city on Friday, creating couple goals like always.

The "Quantico" actress even took to Instagram to share a few photographs of herself with her beau. 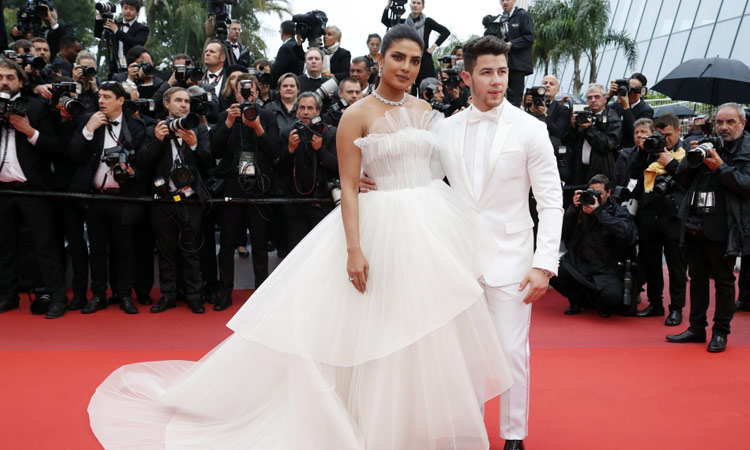 Priyanka Chopra and Nick Jonas pose for photographers upon arrival at the premiere of the film 'The Best Years of a Life.' Reuters

"My happiness begins with you, Nick," Priyanka captioned one of the images in which she is seen leaning her head on Nick's shoulder.

After getting papped in the afternoon, the couple made the heads turn later at Chopard's party with their glamorous looks.

Priyanka wore a short purple dress along with silver jewellery for the party, while Nick looked dapper in black suit.

Known for their PDA, Priyanka also uploaded a video of herself kissing Nick in a car, calling it a "fun shit."