A wake-up call on sleeping pills 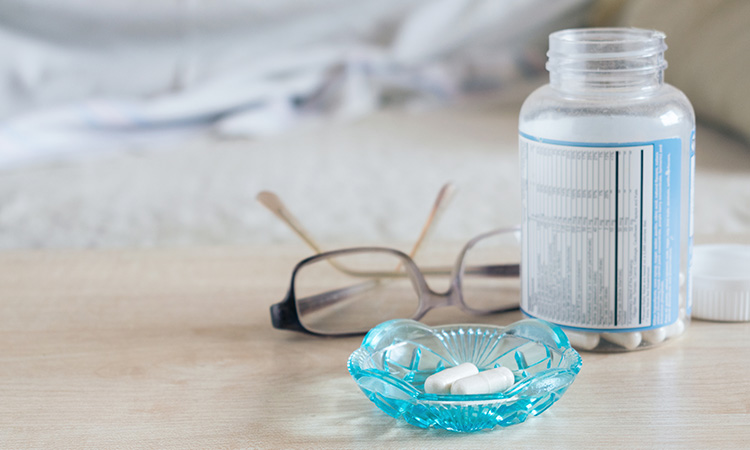 Sleeping pills may be more dangerous than people realize. TNS

Millions of Americans take millions of sleeping pills every year — a sign, many experts say, that human beings weren’t designed to live in a wired world of constant stimulation.

All those highly addictive pills, meanwhile, have potentially serious side effects. So the Food and Drug Administration stepped up with a warning.

“Rare but serious injuries have happened with certain common prescription insomnia medicines,” the agency said, including while people are “sleepwalking, sleep driving, and engaging in other activities while not fully awake.”

The FDA is now requiring that the most commonly prescribed sleeping pills carry a notice that these meds may be more dangerous than people realize. It singled out Ambien, Lunesta, and Sonata as being particularly worrisome.

How serious is the problem? Government researchers found 66 cases of “complex sleep behaviors occurring with these medicines over the past 26 years that resulted in serious injuries, including death,” the agency said.

“Patients usually did not remember these events.”

We’re becoming a nation of Jason Bournes, but without all the cool stuff.

All because we can’t get enough shut-eye.

Jerome Siegel, a sleep researcher at UCLA, told me there’s no question we’re overdoing it with use of powerful chemicals to knock ourselves into a stupor.

“There are situations where short-term use of sleeping pills might be helpful,” he said. “But even that’s debatable. If you ask me, no one should be taking sleeping pills.”

Every sleep expert I spoke with said pretty much the same.

“There is evidence that sleep medications are over-prescribed, and that not enough attention is paid to the side effects in many cases or alternative approaches,” said Bryce Mander, an assistant professor of psychiatry and human behavior at UC Irvine.

“Sleep is big business in the United States,” said Raj Dasgupta, a USC sleep researcher. TV ads for sleeping pills are effective, he said, because “people are always looking for a shortcut.”

Those larger doses, in turn, can result in devastating withdrawal symptoms when you try to go cold turkey.

To a large extent, that simply means using common sense. Limit daytime naps to no more than 30 minutes. Get some exercise. Avoid stimulants such as caffeine or nicotine before bedtime.

As for sleeping pills, the FDA says you should contact your doctor right away “if you do not remember activities you have done while taking the medicine.”