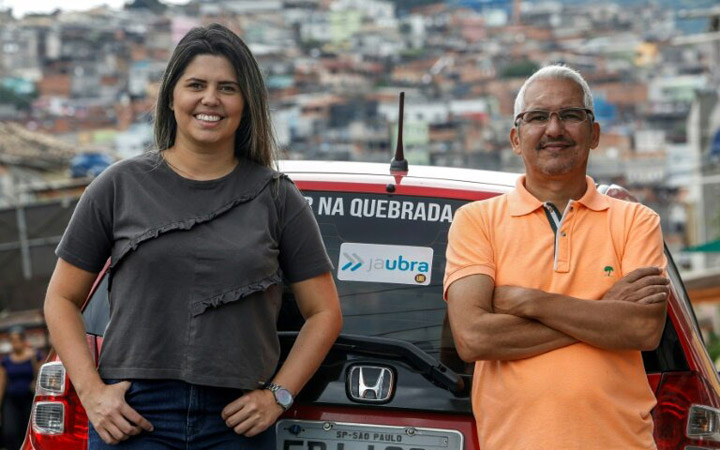 When Alvimar da Silva realised Uber did not reach some of the more dangerous, far-flung areas of Brazil's biggest city Sao Paulo, he saw an opportunity: if the popular ride-sharing service did not go there, he would.

After six months of driving for the US application in the gridlocked city, da Silva launched his own rival service JaUbra in the sprawling northern district of Brasilandia in 2017.

Since then some 50 drivers have registered and da Silva hopes to expand to other no-go areas of the metropolis of 12 million—the city with the highest number of Uber users in the world.

Uber and other ride-sharing apps "started to veto the neighbourhoods considered risky and difficult to access. But as we are already here, we don't have any trouble," says da Silva as he drives down the street where he was born 50 years ago, tooting his horn to greet residents.

Few outsiders dare to enter parts of Brasilandia where many of its 265,000 inhabitants live in favelas made up of precarious multi-storey constructions squeezed into a labyrinth of streets covering the hills 15 kilometres (from the centre of Sao Paulo. 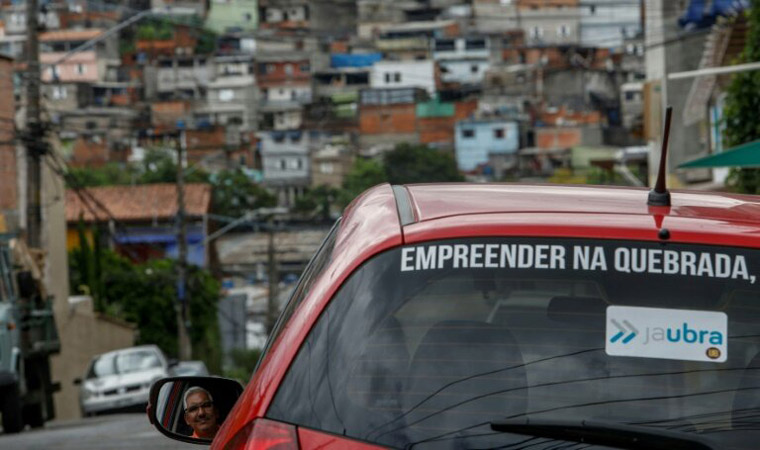 Alvimar da Silva wants to leave his family a legacy for the rest of their lives.

Rampant crime and poor internet access mean many Uber drivers do not accept journeys to the district.

Other ride-sharing apps do not venture there at night either, complained a resident, who depends on public transport.

As soon as word got out that JaUbra entered the neighbourhoods of winding streets without numbers, da Silva noticed that the majority of his clients were residents who called him to take them to the doctor, the fresh food market or funk dances at the weekend.

As the business grew, da Silva started to bring in other drivers in the area to help meet demand.

"There are places here that are difficult for public transport to access and that's made us the only option for many people who were missing doctor appointments," says da Silva's daughter, Aline Landim, who gave up a bank job to dedicate herself full-time to JaUbra.

Seeing the business's potential, Landim invested the pay-out she got from her former employer into JaUbra, which her father was running out of a garage and recording bookings on pieces of paper.

Now they have their own app and are on the verge of migrating to a more sophisticated platform for which they have 500 drivers interested.

Despite making 3,000 trips a month and taking 15 per cent commission on each journey, JaUbra's earnings are just enough to keep the family-run business afloat, says Landim, whose brother is also involved.

It has not been easy launching a transport app on the outskirts of a city where high crime and yawning inequality go hand in hand.

Vila Brasilandia, one of the zones inside the district, is ranked as the third most violent in Sao Paulo. Yet JaUbra has not recorded a single assault in the past year.

"Since I joined the app, I haven't even suffered a scratch," says Nelson Cobertino, who started driving for JaUbra last year.

"When people see the (JaUbra) sticker they say 'it's from the neighbourhood,' and then nobody hassles you because they know you are meeting a need and they respect that," says Cobertino, who used to drive for Uber and work in a bank.

The US platform—which admits that it can block requests in certain areas and times of the day for security reasons—recently announced plans for a pilot programme in Heliopolis, a favela in Sao Paulo's south, with designated pick-up points to increase its presence on the city's neglected outskirts.

Uber also offers tailored service in Brazil for customers with old smartphones and slow internet connections as well as those who prefer to share their trip to save money.

But da Silva is not scared by the competition.

"But two years later and we're still here. I'm going to leave my family a legacy for the rest of their lives."