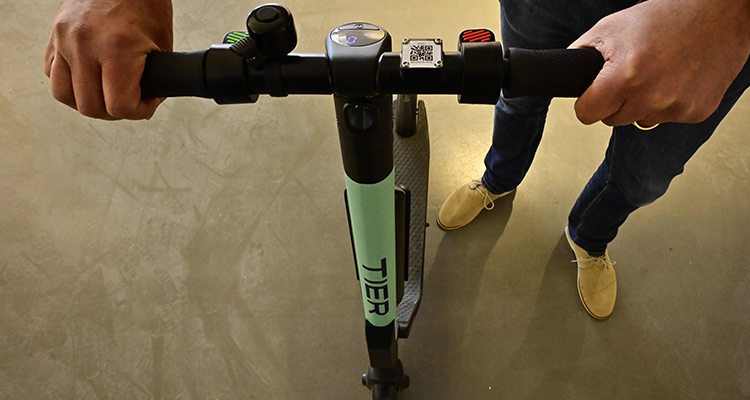 An E-scooter of rental company Tier is pictured in Berlin. Tobias Schwarz/AFP

NEW YORK: Electric scooters are overtaking station-based bicycles as the most popular form of shared transportation outside transit and cars in the U.S.

This as scooter companies face challenges from every direction, including vandalism, theft, rider injuries, intense competition and aggressive regulations in cities across the country.

Yet the scooter industry persists, and venture capitalists, ride-hailing companies and traditional auto manufacturers continue to pour millions into the fledgling companies.

Companies are jockeying for strategic position in the so-called micromobility revolution, where consumers are embracing shared scooters and bikes for short trips and exploring alternatives to car ownership buoyed by the ubiquity of smartphones. 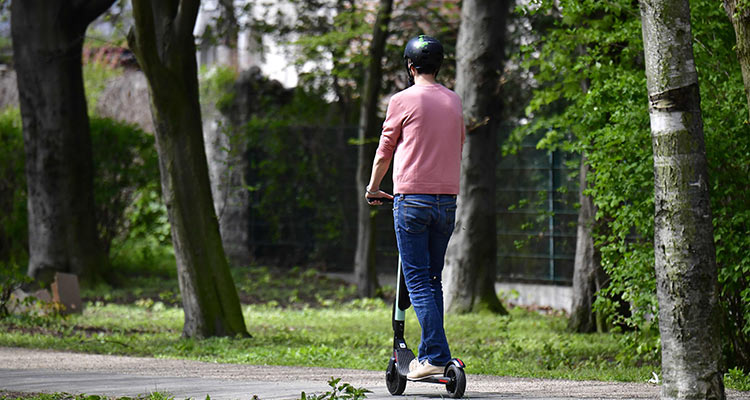 A man rides an E-Scooter of rental company Tier in Berlin. Tobias Schwarz/AFP

Riders took 84 million trips on micromobility services such as shared scooters and bikes in 2018, more than double the number from the year before.

Scooter and bike riders typically use an app to find one nearby and pay a few dollars to ride for a set period of time, paying within the smartphone app using a credit card. Some shared mobility services, such as Lyft-owned Citi Bike in New York City, offer monthly or annual memberships for riders.

Shared bikes are considered "station-based" or "docked" if a rider takes out the bike and returns it to one of many docking stations — basically parking lots for bikes — which are spread throughout a city.

Dockless bikes, which represent a smaller portion of shared bikes, can be left anywhere, and can be found and unlocked through a smartphone app.

Shared docked bike usage among monthly pass holders peaks during rush hours, suggesting use by commuters, but shared scooter usage does not, indicating scooters may be more likely to be used for recreational use, according to the report.