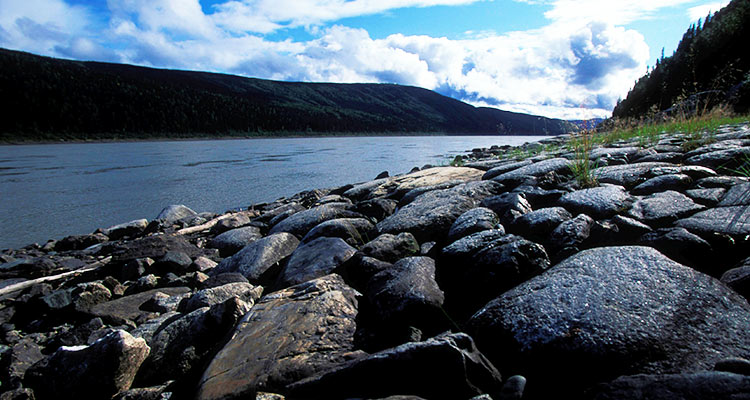 The Yukon River is seen in Alaska.

Key Alaska rivers that are usually frozen at this time of year are now free-flowing, with record-early thaws following record-high winter and spring temperatures.
In the interior Alaska city of Nenana, ice on the Tanana River gave way just after midnight on Sunday. It was by far the earliest breakup in the 102-year history of the Nenana Ice Classic, an iconic Alaska betting pool in which participants predict when thaw will sink a wooden tripod placed on the ice.

The previous earliest breakup of the Tanana, a tributary of the Yukon River, was April 20, a mark reached in 1998 and 1940.

Another record-early thaw happened on Friday on the Kuskokwim River at the southwestern city of Bethel. The previous earliest ice-breakup date for the Kuskokwim Ice Classic was also April 20, in 2016. The Friday ice breakup was the earliest for that part of the Kuskokwim in 92 years of records kept by the National Weather Service.

At both rivers, records show that breakup has been happening, on average, about a week earlier since the 1960s, not counting this year's record thaws.

This year's breakups followed an extraordinarily warm Alaska winter with near-record-low ice in the Bering Sea and a record-hot March statewide.

"It's just another indicator of how Alaska is warming up," he said.

More precisely, this year's early melt reflects the warm conditions that persisted over wide areas of Alaska, from mountain peaks to the open ocean, Brettschneider said.

"The condition of the ice is a proxy for what the climate has been like for the past five months or so," he said.

For rural Alaskans in communities that lack outside road access, changes in river ice can have dire consequences.

The rural and mostly indigenous residents use frozen rivers for travel, driving snowmobiles or other vehicles over them.

"If we're not able to travel on the river, we're all 100 percent dependent on air travel, which is hugely expensive," said Mark Leary, an official with a local Yupik tribal council.