Syria’s Arabian thoroughbreds recover from the trauma of fighting 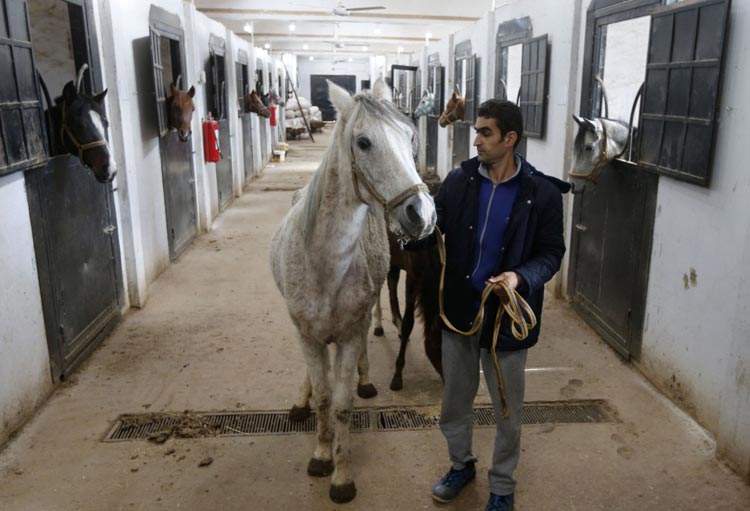 Karen, the only known female survivor of the Hadbaa Enzahe strain of Arabian purebreds.

A shadow of her former self after years of war, 11-year-old Arabian mare Karen stands quietly as a Syrian vet gently pushes a syringe into her pale grey neck.

"Karen used to be the beauty queen of all horses," says the vet, Ahmad Sharida.

But inside her stable near Damascus today, her hips jut out viciously from her overgrown speckled coat.

Weak and withdrawn, Karen is unable to even whinny.

After almost eight years of war, she is one of dozens of Arabian horses from all over Syria recovering from the physical and psychological trauma of the fighting.

Prized for their beauty, endurance and speed, Arabian purebreds are one of the oldest horse breeds in the world.

In Syria, Bedouins have bred them in the north of the country for centuries, seeking to maintain the purity of the local bloodlines. 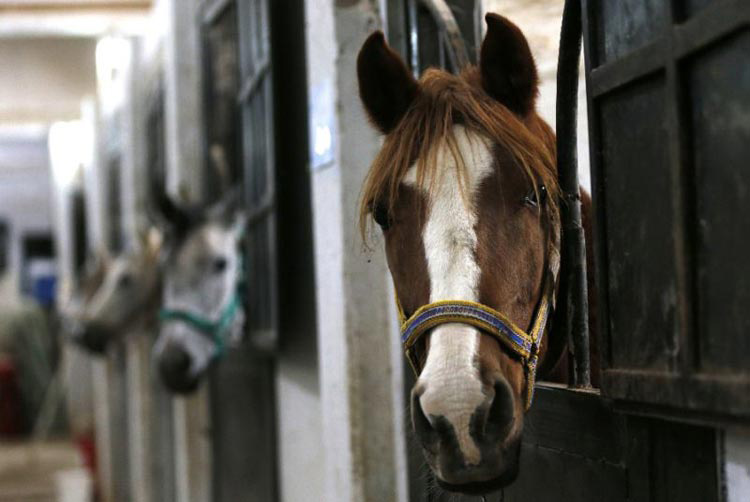 Arabian purebreds are one of the oldest horse breeds in the world.

Before the conflict, Sharida had proudly watched Karen grow from a long-legged foal into a graceful equine beauty.

"I know her very well. I was the one who brought her out of her mother's belly," says the vet, a stethoscope hanging around his neck.

But he lost sight of Karen after she was stolen from her stable in Eastern Ghouta in 2012, the same year opposition factions overran the region northeast of Damascus.

The area suffered five years of regime bombardment, as well as food and medicine shortages under a crippling siege, before Russia-backed regime forces took it back last year.

Sharida had long fled his home region but returned to search for missing Arabian horses and immediately recognised Karen when he found her in October.

"I was so shocked," says the 51-year-old vet. "She was all skin and bones, and could barely stand up."

Like all other horses he found, she was frail and sick after years of being surrounded by fighting, not enough food, and no medical attention.

Syria's war has killed more than 360,000 people and displaced millions since it started in 2011 with the brutal repression of anti-regime protests.

"Horses have greatly suffered, just like us all," says Mohammed Ghaith Al Shaib, head of the state's Arabian Horse Office.

Having returned to one region after another, the Damascus authorities are now trying to protect the country's Arabian purebreds.

Since 2014, WAHO has recognised 2,400 new Syrian foals as Arabian, after samples from their manes were sent off for DNA testing in Germany, Shaib says.

Horses rescued from retaken areas are being looked after at a state-run stables west of the capital, Damascus.

At the stables in Dimas, staff are paying special attention to Karen's recovery.

She hails from the Hadbaa strain of Arabian purebreds, so called after their long eyelashes and mane.

But after years of war, she is the only known female survivor of a rare Syrian branch of that family.

"The Hadbaa Enzahi Fawaeira were already at risk of dying out before the war," says Shaib.

Arabian mares are often seen as more precious than their male counterparts, as they carry the bloodline from one generation to the next.

Once Karen has regained her health, her carers hope to artificially inseminate her so that she can give birth to a daughter.

To maintain her bloodline, a Syrian purebred should father that female foal – but he does not need to come from the same strain.

Karen is just one of many Arabian horses all over Syria recovering from conflict. In the adjacent hippodrome, trainer Jihad Ghazal watches a student trot around the red-earth arena on a horse with a shiny brown coat.

Nejm – "star" in Arabic – spent the war in Damascus, a city which has remained relatively sheltered from the conflict. But the mare was one of the luckier ones, says Ghazal, who is full of anecdotes about the suffering of her kind.

"For a year afterwards, foals were born paralysed or dead because their mother had been so terrified," he says.

In 2016, a horse was so shocked by a blast that, within hours, he had killed himself.

"He banged his head against metal until he died."