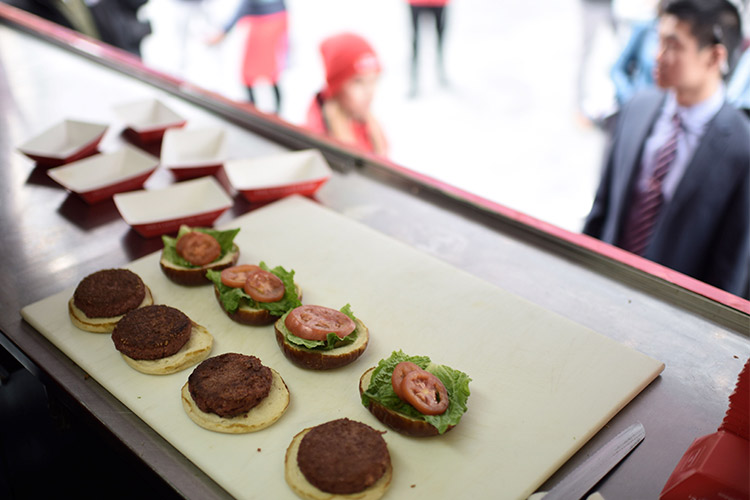 Customers wait to get a free vegetarian burger at a food truck. Photographer: Eric Baradat/AFP

Last year alone, dozens of companies were launched, and many are attracting big investors, according to the burgeoning industry's pioneers.

"For every company that's looking for money, there are two or three investors. I've never seen that in Silicon Valley," said Olivia Fox Cabane, founder of the Kind Earth startup and chair of the International Alliance for Alternative Protein.

Fox Cabane says she needs to update her list every other week, and likens the dynamism of the alternative protein market to the buzz around social networks when they began to monopolize attention.

Beyond California, the early innovators are in the Netherlands, the birthplace of meat and other animal product alternatives.

Consumer demand is driving market interest in meat alternatives, according to participants in this week's South by Southwest Festival in Austin, Texas, which sees itself at the forefront of new trends.

New technology has refined alternative protein products for a broader public, according to Dan Altschuler Malek, a venture partner in the investing group New Crop Capital.

"Vegan food has been around for decades, since the late 60s, early 70s. At first, it was for ethical consumers who were willing to sacrifice," said Altschuler Malek.

"Vegan food has been around for decades, since the late 60s, early 70s. At first, it was for ethical consumers who were willing to sacrifice

"We had to wait for the 90s for it to become more palatable. But now it's a third generation with new technologies and the consumer does not have to sacrifice taste any more: people are just enjoying it because it's good, not because its plant based."

For investors, taste has been the biggest factor in deciding whether to support a product. Price, says Altschuler Malek, comes second. 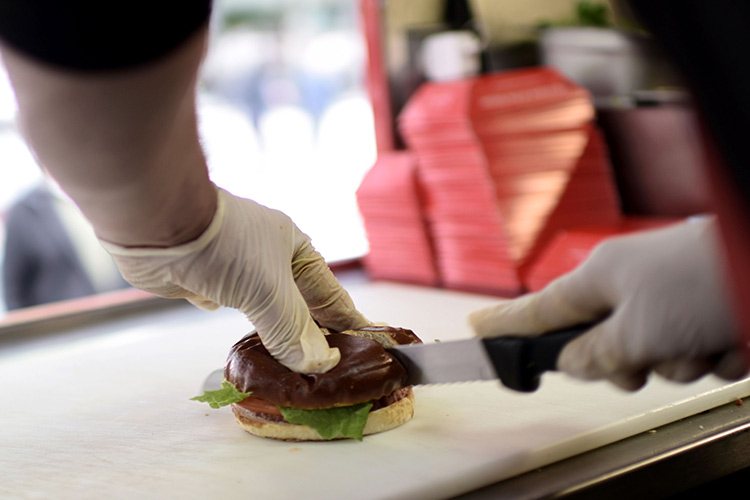 To make sure they don't get left by the wayside, most of the major agribusiness groups have started investing in new proteins.

Even Tyson Foods — the second largest meat producer in the United States and the world's biggest exporter of American beef — has joined the fray.

Impossible Foods is among several firms including California rival Beyond Meat developing plant-based or lab-grown meat substitutes that claim to offer products equal to or better than animal protect.

The company uses wheat protein, potato protein and coconut oil, and its "special ingredient" called heme which has elements of the haemoglobin in animal protein but is developed from soy.

There is much progress still to be made, including developing the logistics to offer these products on a large scale and providing substitutes to other commonly purchased meat products.

Altschuler Malek says a new tomato-based substitute for red tuna meat has the same texture and taste as the "real thing" used in Japanese sushi.

He believes that the new foods will no longer be seen as alternatives in five years but the norm, found "in every fridge."

Most meat alternatives are primarily made with soy, peas, chickpeas and wheat gluten, but algae and mushrooms are also showing promise.

Insects, although favored by some startups, weren't a hit with investors in Austin.

In addition to problems of health regulations, it would be quite a leap for the general consumer population to acquire a taste for anything with six legs.

Insect-based protein "might be more acceptable in some parts of the world, but I don't think the average Western consumer will be going en masse to buy that kind of product," said Andrew Ive, managing director of Big Idea Ventures.