Fear of losing out 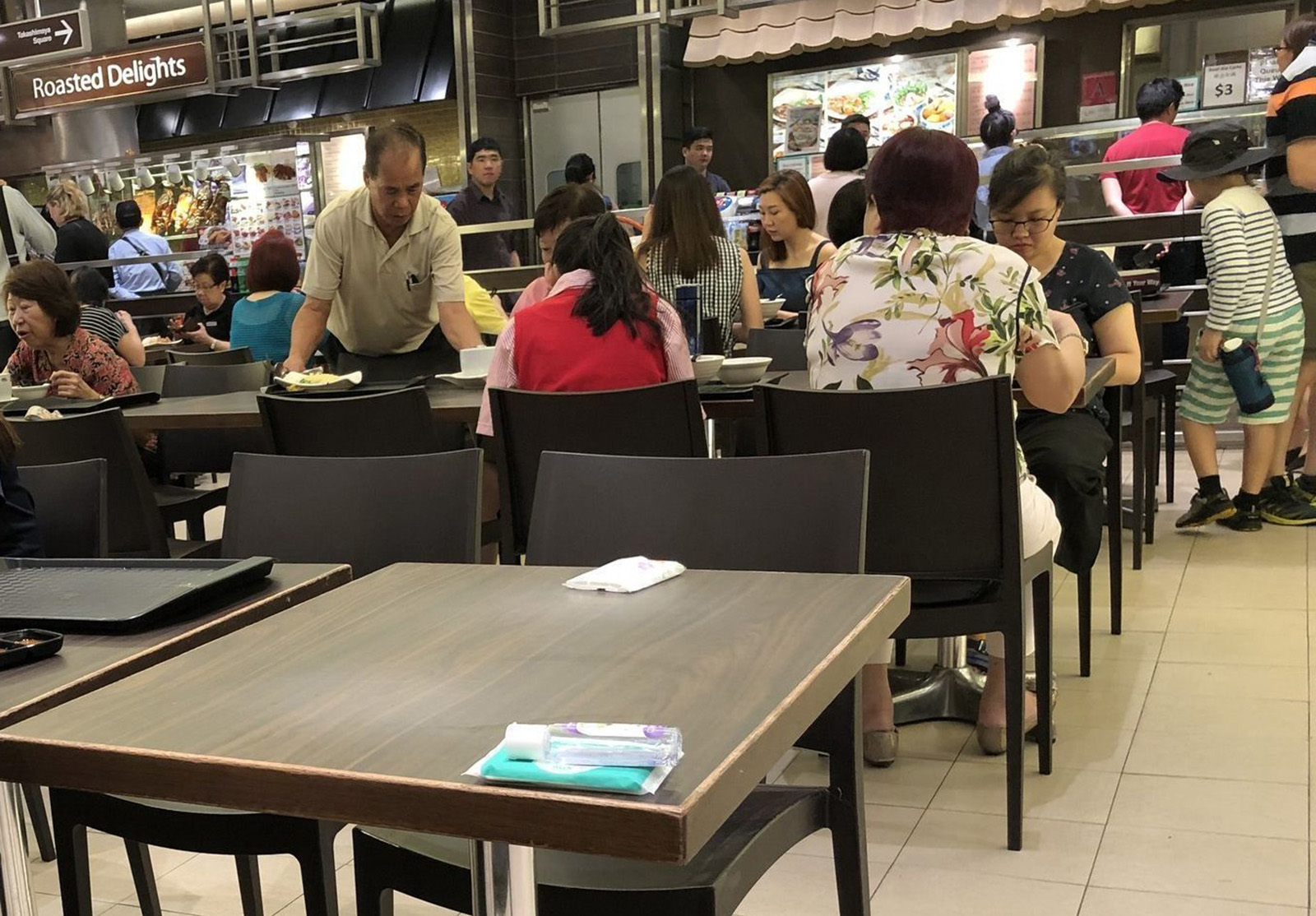 Singaporeans commonly use personal articles such as tissue packets to reserve tables in the city's crowded food courts before purchasing a meal.

Long before Americans discovered FOMO – the fear of missing out – Singaporeans were fixated with its more excessive forebearer, kiasu.

Taken from the Chinese dialect Hokkien, kiasu translates to a fear of losing out, but encompasses any sort of competitive, stingy or selfish behaviour commonly witnessed in this high-flying city-state.

If you stand in line for hours just because there's a free gift at the end, then you're kiasu.

If you claim a spot at a table at a busy food court with a packet of tissues while you wander off in search of grub, you're kiasu.

If you're a parent who volunteers hours of your free time at a school just so your offspring has a better chance of enrolling there one day, then you're most definitely kiasu.

It's a survival instinct born out of Singapore's dominant Chinese culture and deep-rooted insecurity as a blip on the map, one that's only slightly bigger than the San Fernando Valley.

Letting opportunity pass is tantamount to failure, the thinking goes. And if you do, you have no one to blame but yourself.

"The national narrative is that we are a small country in a very large world," said Shiao-yin Kuik, a former nominated member of Parliament, an honorary position. "We have very limited resources. If we don't fight for our own future, no one else will."

Kiasu (pronounced kee-ah-sue) embodies a sort of unofficial national character, not unlike Japan's harmonious wa or Britain's stoic stiff upper lip. It's an inescapable aspect of life in this country of 5.6 million that drives people to try and outdo one another.

"It was inculcated in me since I was young," said Rachel Yeo, 24, a senior studying journalism at the National University of Singapore. "Nothing short of the best was expected of me."

Yeo's neighbourhood growing up boasted one of the top primary schools in Singapore, Rosyth School. To assure a place there, Yeo's mother had to compile hours of volunteer work. At least twice a week, she read to students at the school before heading to work. Doing anything less risked losing her daughter's place to someone else.

The volunteer system in schools breeds another layer of competition. Parents complain about other parents who have exceeded their quota for hours, but continue to hog opportunities to volunteer.

Foreign policy in Singapore isn't immune to kiasu either. The feeling of vulnerability it engenders helps explain Singapore's outsized spending on defence. 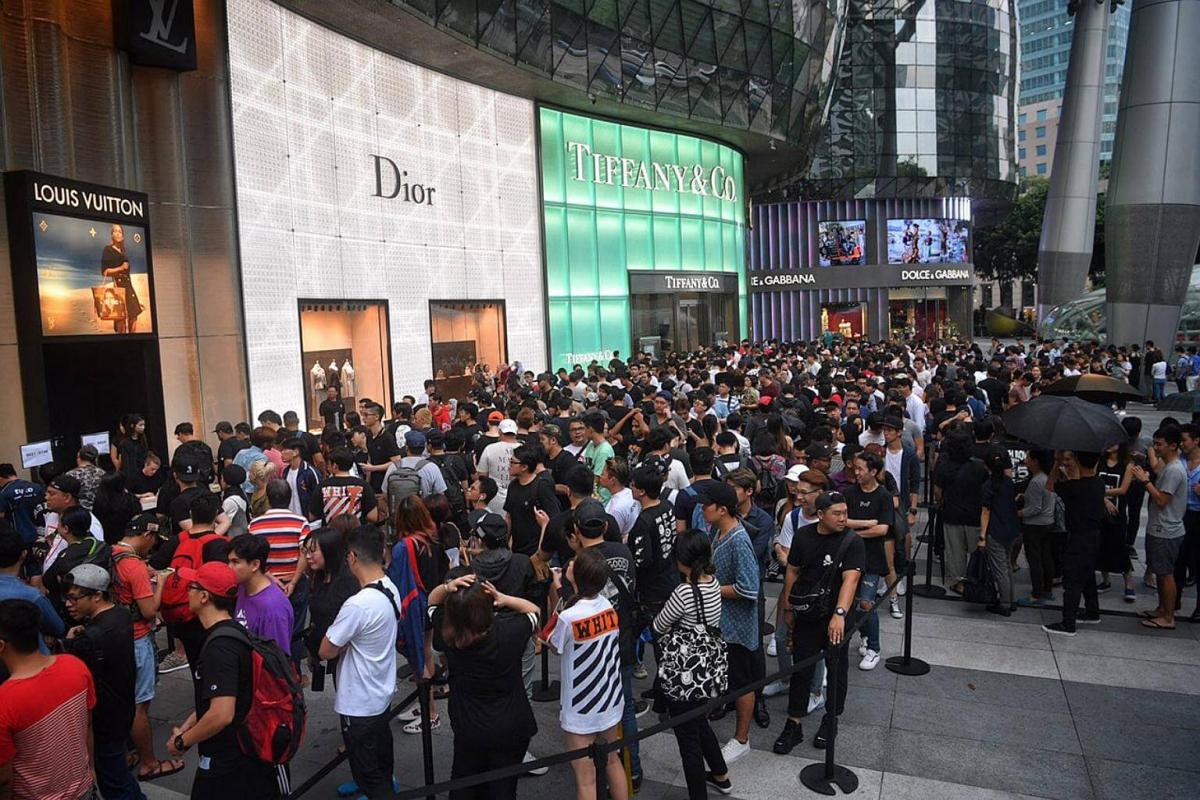 Singaporeans queue up for a bargain.

The dread of having someone steal your lunch could also be driving Singapore's hardening stance against Malaysia in an ongoing territorial dispute over a sliver of airspace and sea between the two countries.

"Politicians were openly calling for people to stand up and defend the nation over what seems to be technical differences," said Ja Ian Chong, a political scientist at the National University of Singapore.

"That the state and Singaporeans were ready to treat the issue as existential suggested a deep sense of fear," he added.

For an earlier generation, that fear propelled Singapore's improbable success after it broke away from Malaysia in 1965 to later become one of the richest countries in the world on a per capita basis.

But a fear of losing can also trigger paralysis when it comes to risk-taking.

There are modest signs of a kiasu backlash, including last year when a small group of parents formed "Life Beyond Grades," an organisation that seeks to relieve academic pressure on children to focus on their wider well-being.

It's an uphill struggle. Singaporeans are exceptionally self-aware of their reputation – even without reminding from their traditional Malaysian rivals, who are prone to calling the country Kiasuland.

There's "an ambivalence about being kiasu," said Chong, the political scientist. "On one hand, there are Singaporeans who wear it like a mark of national character, even pride. Others laugh at it, and still others see being kiasu as being a bit of an embarrassment due to the over-the-top behavior it can encourage."

Nowhere is that more obvious than in Singapore's queuing culture. The fear of losing out has created a herd mentality when it comes to lines, especially at the city's famous open air food courts, known as hawker centres.

"When you see a queue snaking, it means the food must be good, that it's something you should try," said Yeo, the journalism student. "I just returned from visiting Taiwan and saw long lines for food. Half the people were Singaporean."