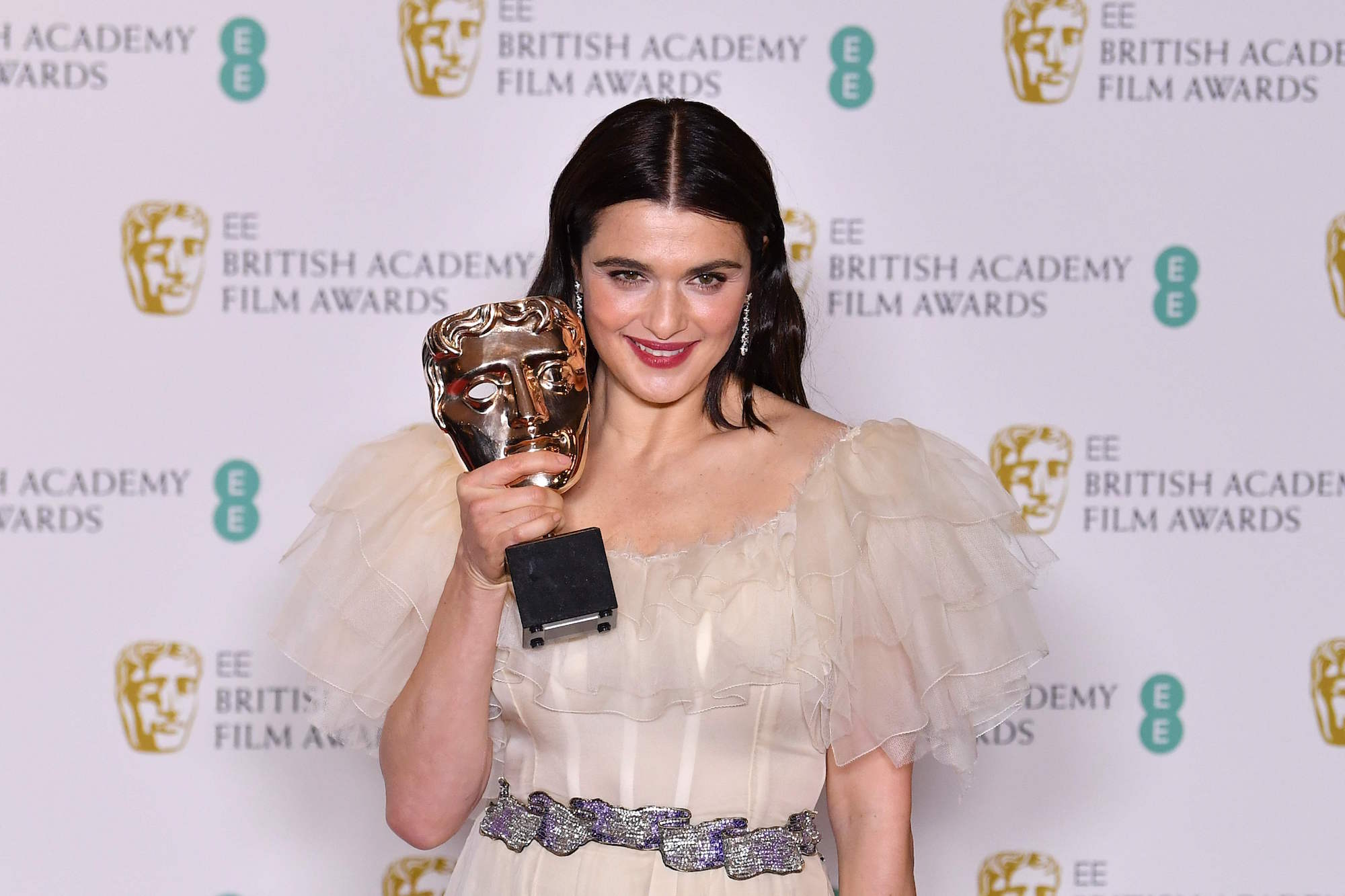 British actress Rachel Weisz poses with the award for a Supporting Actress for her work on the film 'The Favourite' at the BAFTA British Academy Film Awards at the Royal Albert Hall in London.

Yorgos Lanthimos' period drama had a total of 12 nominations going into the night. Star Olivia Colman has already won a Golden Globe for her performance as Queen Anne in "The Favourite" and was favoured to take the best-actress prize in London.

"The Favourite" lived up to its title, snapping up the outstanding British film award and prizes for its opulent production design, its larger-than-life hair and makeup and the supporting actress performance of Rachel Weisz.

Weisz, who plays the queen's confidante and rival Sarah Churchill, said she "had the greatest luck in that I played opposite two of the most glorious women" — Colman and Emma Stone.

Production design winners Fiona Crombie and Alice Felton dedicated their award to "every woman and working mother who keeps it together and makes it happen." ''The Favourite" also took the trophy for best original screenplay.

"Thank you for celebrating our female-dominated movie about women in power," said Deborah Davis, who won the award alongside co-writer Tony McNamara.

The awards, known as BAFTAs, will be scoured for clues to who might triumph at Hollywood's Academy Awards on Feb. 24, in what's shaping up as an unpredictable awards season.

Colman is up against Glenn Close, who took Screen Actors Guild and Golden Globe awards for "The Wife." The other best-actress nominees are Lady Gaga for "A Star is Born," Viola Davis for "Widows" and Melissa McCarthy for "Can You Ever Forgive Me?"

"I feel like I'm in a fever dream," said McCarthy of recognition for the offbeat film, based on the story of a real literary forger.

Her "Can You Ever Forgive Me?" co-star Richard E. Grant has secured both BAFTA and Oscar nominations for his performance as an affable rogue.

"I've been working for 40 years, I've never won anything," said Grant, who called this awards season "the ride of my lifetime."

Best-actor contenders are Bradley Cooper for "A Star is Born," Christian Bale for "Vice," Rami Malek for "Bohemian Rhapsody," Viggo Mortensen for "Green Book" and Steve Coogan for "Stan and Ollie."

Best-picture nominees are "The Favourite," Roma," ''A Star is Born" and two very different movies about racism in America: "Green Book" and "BlacKkKlansman."

British academy voters have all but ignored superhero blockbuster "Black Panther," which is up for best picture at the Oscars and took top prize at the SAG awards last month. It had a single BAFTA nomination, for visual effects, although one of its stars, Letitia Wright, was named Rising Star, the only category decided through a public vote.

The number of female nominees is up this year, but there has been criticism of the academy's failure to nominate any female filmmakers in the best-director category. Only one woman has ever won the directing prize, Kathryn Bigelow for "The Hurt Locker" in 2010.